The Pillsbury Cinnamon Rolls form the crust of the pie which is filled with canned cherry pie filling.

The pie is topped with crushed Cinnamon Bun Oreo cookies. 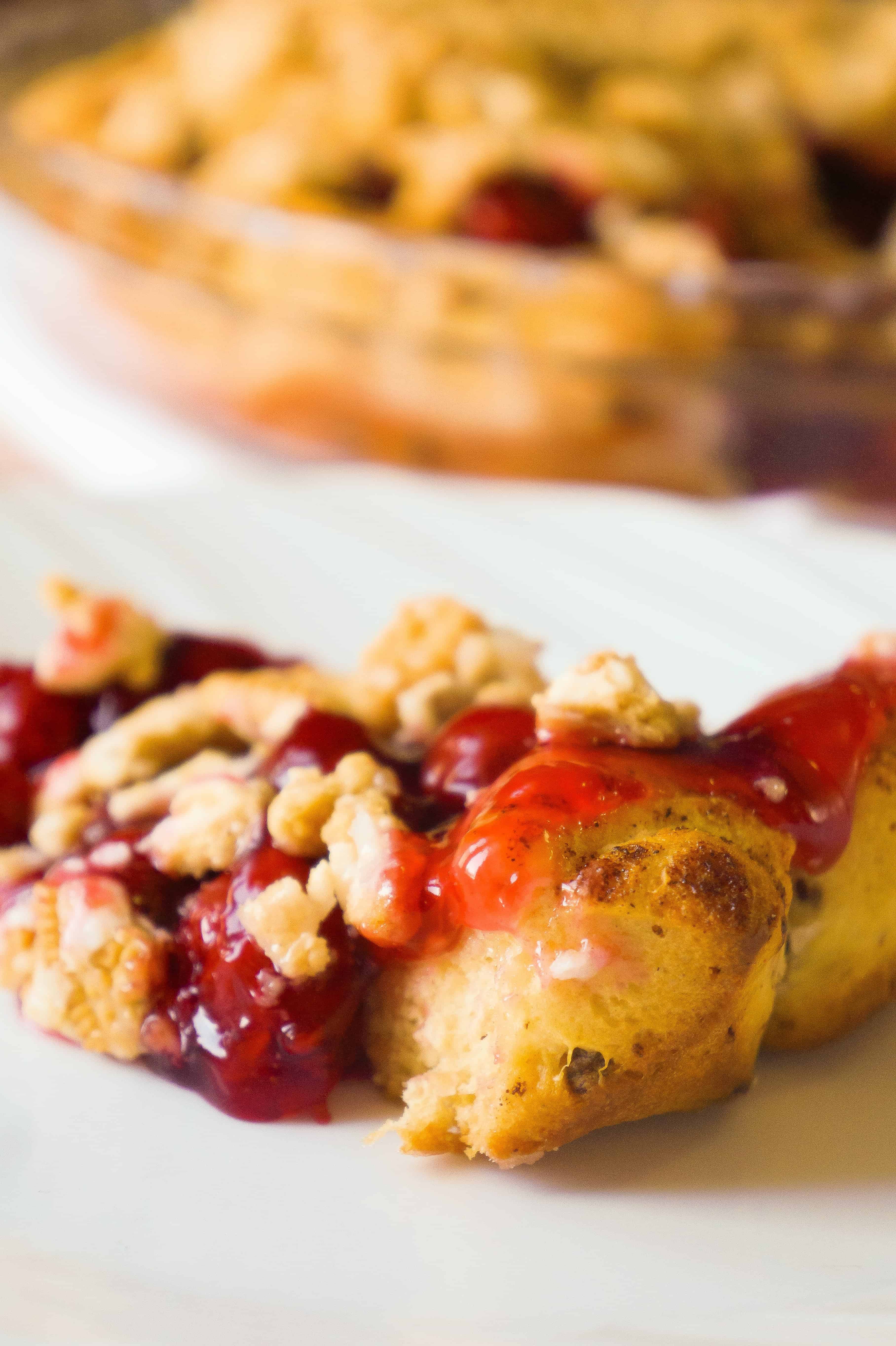 To make this pie I started by cutting each of the eight cinnamon rolls into four pieces.

Then I placed all the cinnamon bun pieces into the bottom of a greased 9 inch glass pie plate. 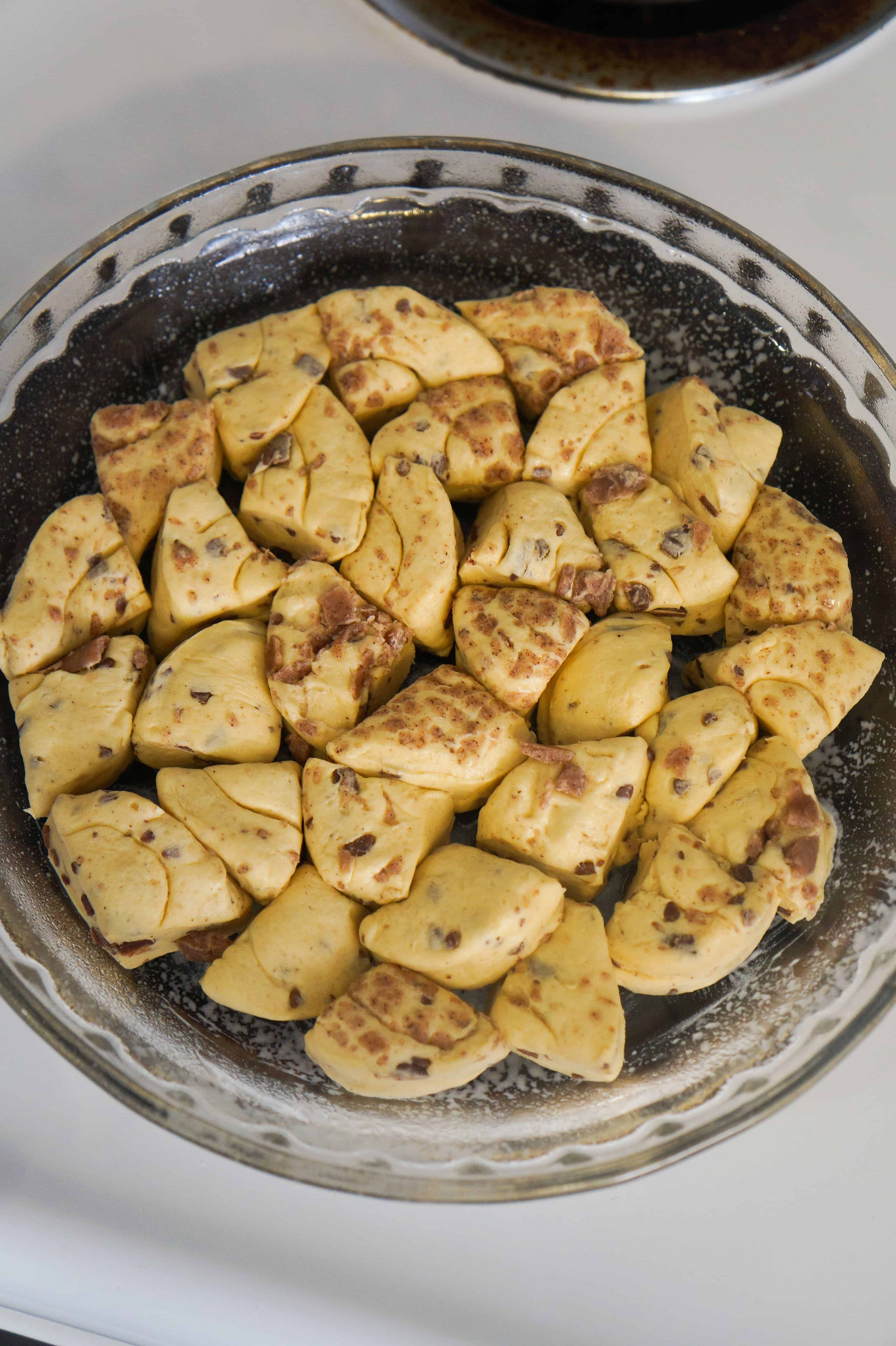 I baked the cinnamon bun pieces until they were golden brown and then removed them from the oven.

I used a metal spoon to press down the cinnamon bun pieces starting in the middle of the pie plate and working my way out to form a pie crust shape. 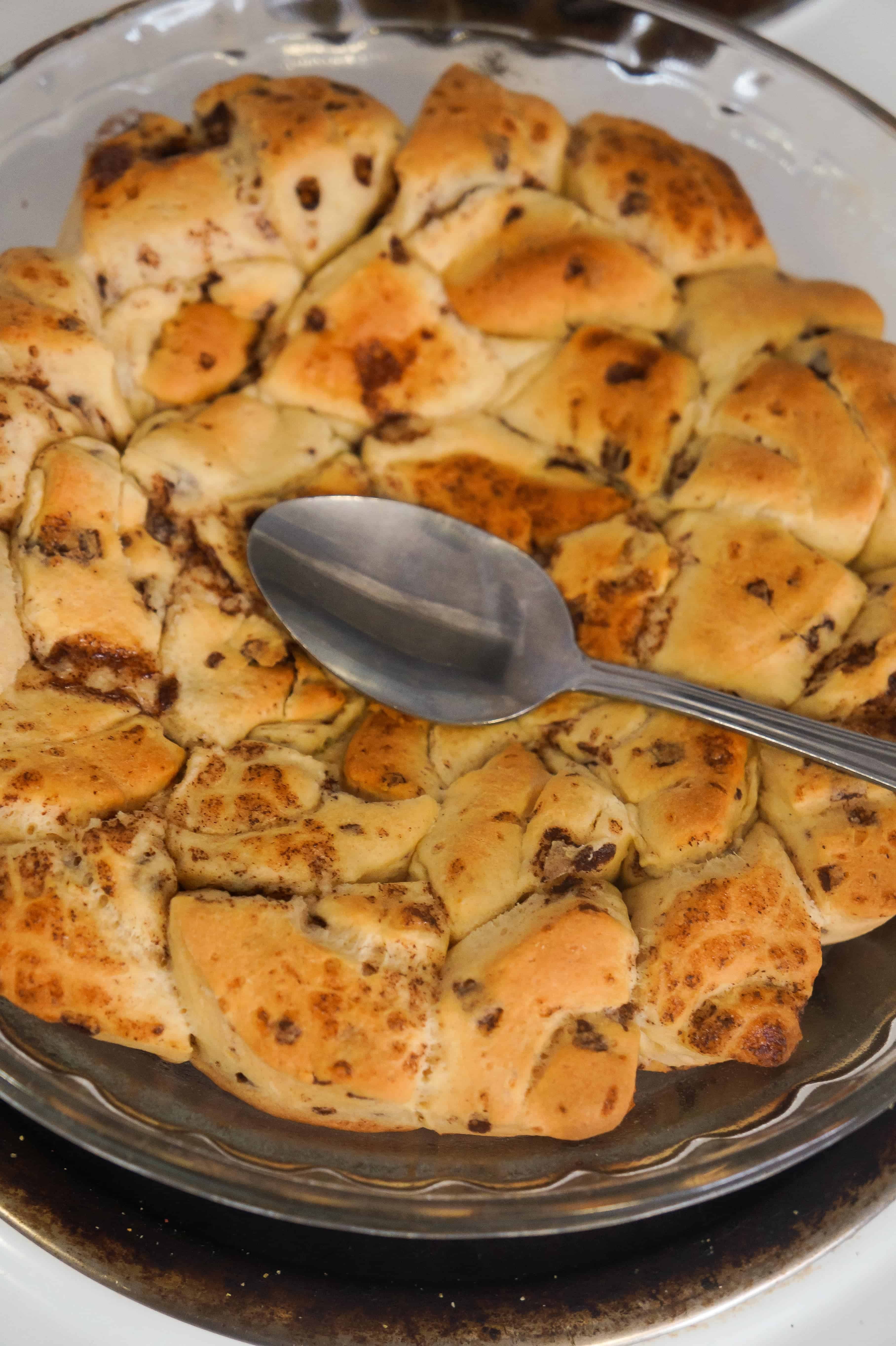 I didn’t push down on the pieces at the very edge of the pan because I wanted my pie crust to come up the sides of the pie pan. 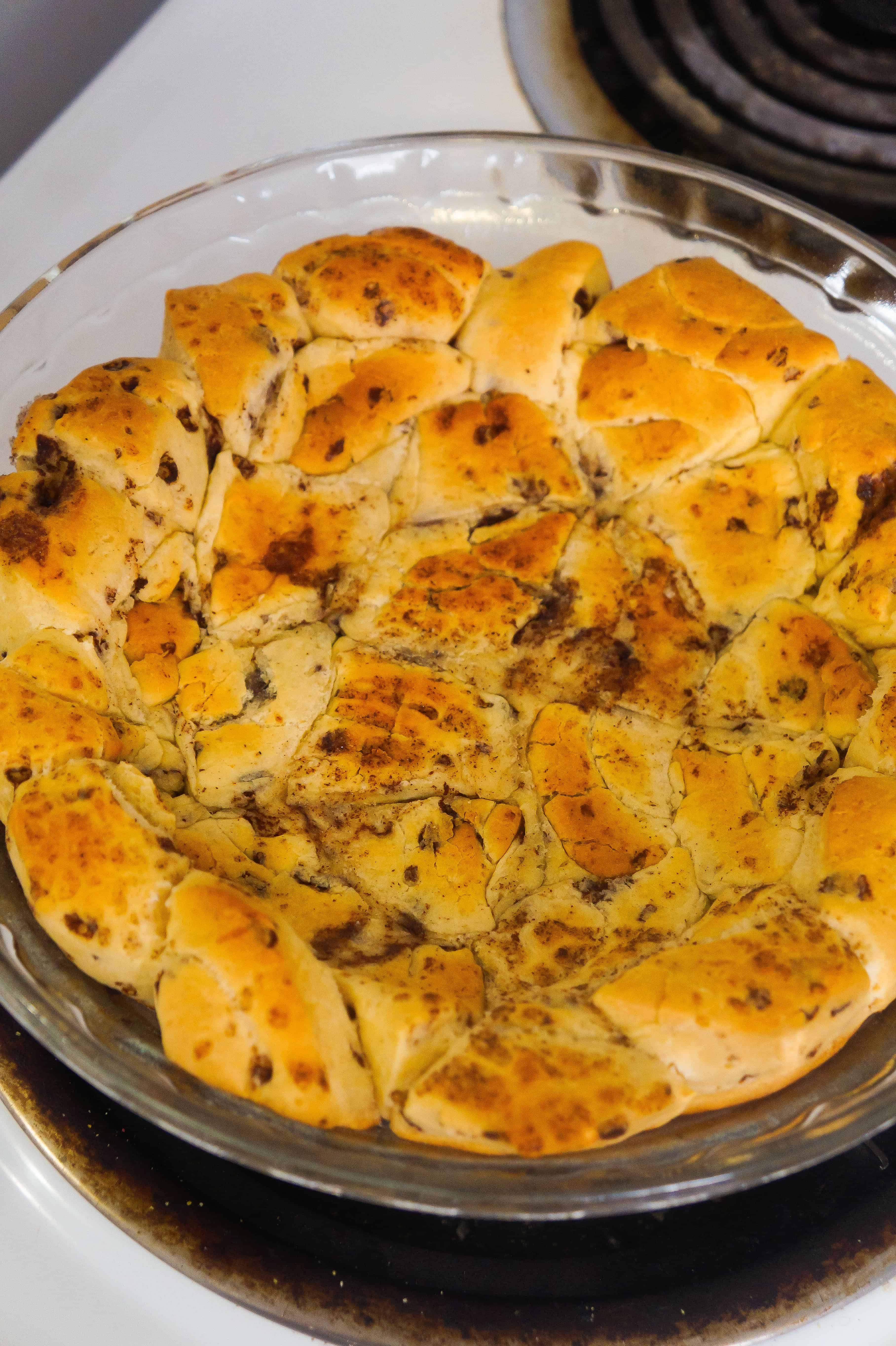 I poured the cherry pie filling into the cinnamon bun crust. 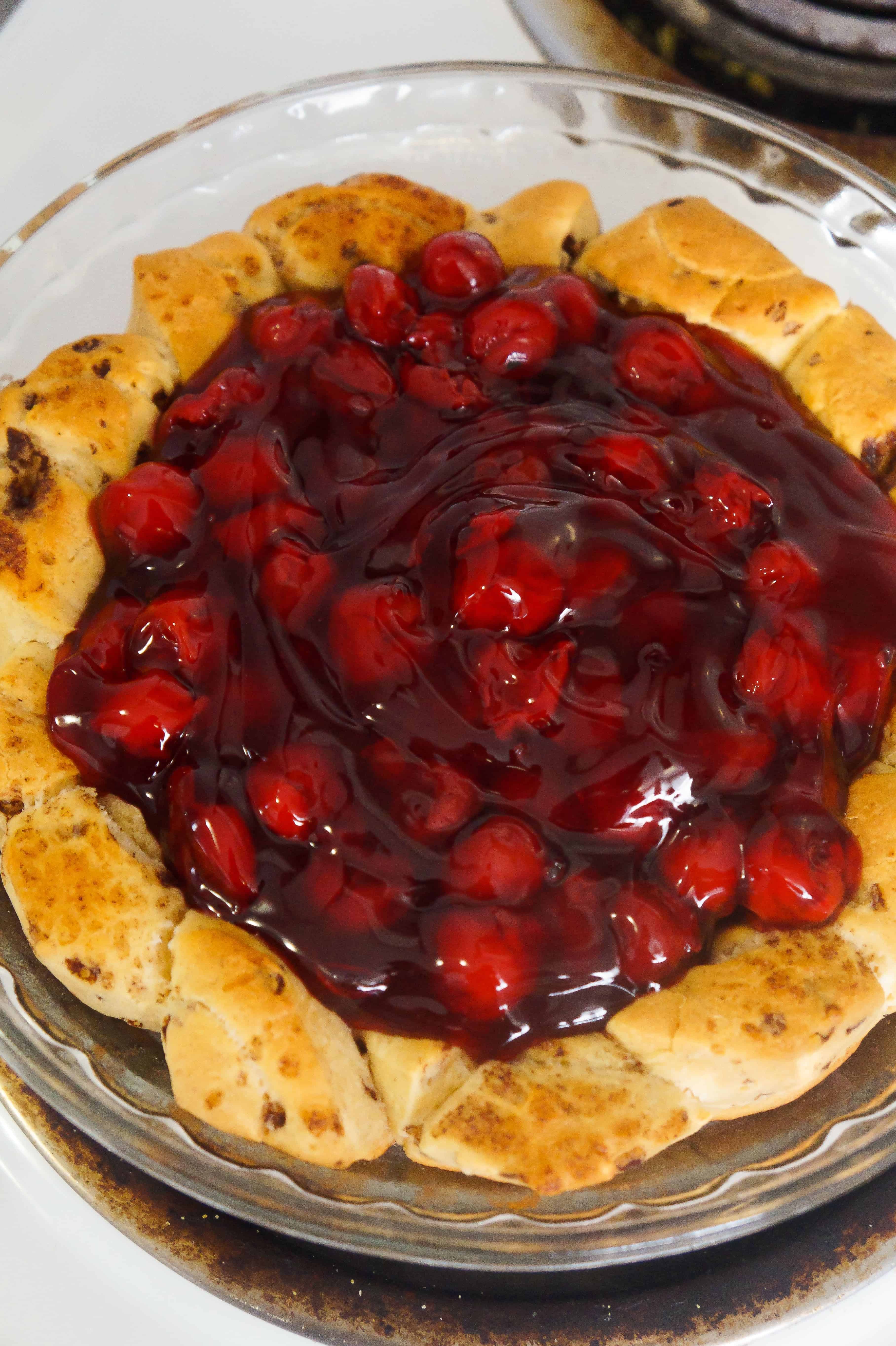 Then I placed some Cinnamon Bun Oreos into a Ziploc bag and used a heavy bottomed pot to break them up into pieces.

I sprinkled the Oreo pieces over the cherry pie filling. 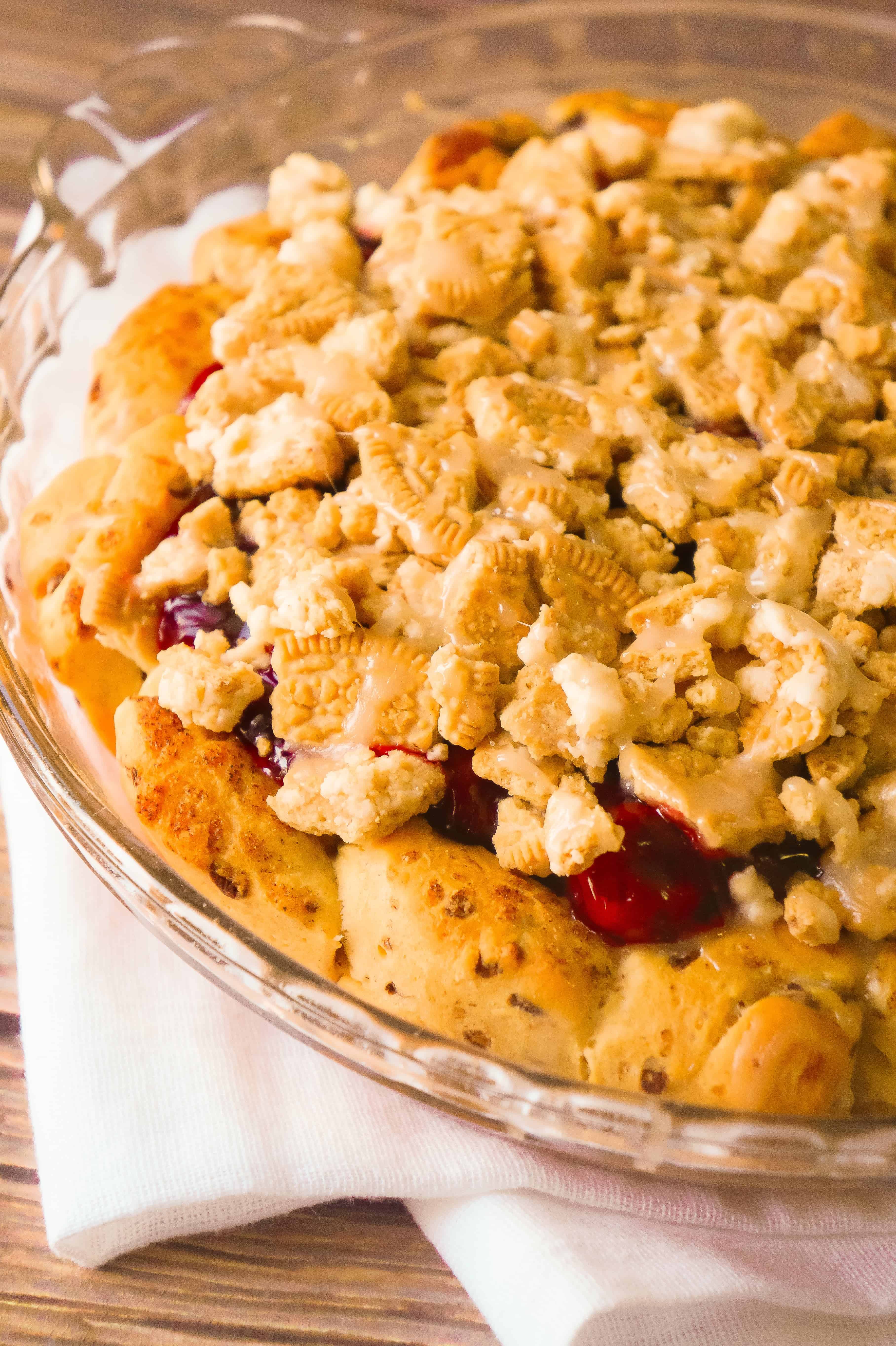 Then I took the icing that came with the Pillsbury Cinnamon Rolls and heated it in the microwave for 10 seconds.

I drizzled the icing over the Oreo pieces.

Then the pie was ready to slice and serve. 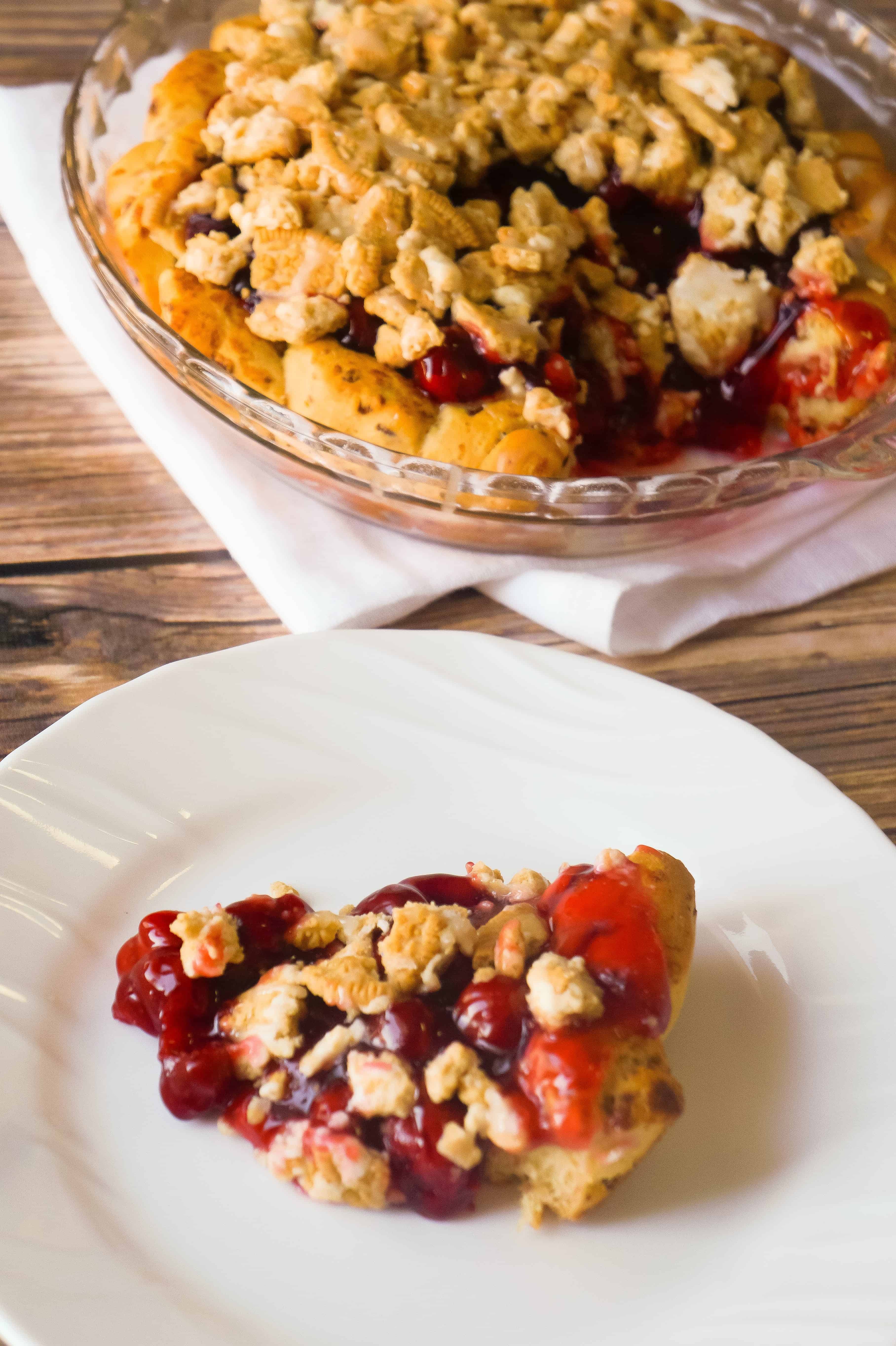 This cherry pie is a bit messy but totally delicious.

I love the combination of the cinnamon buns and cherries and the Oreos add a nice crunch. 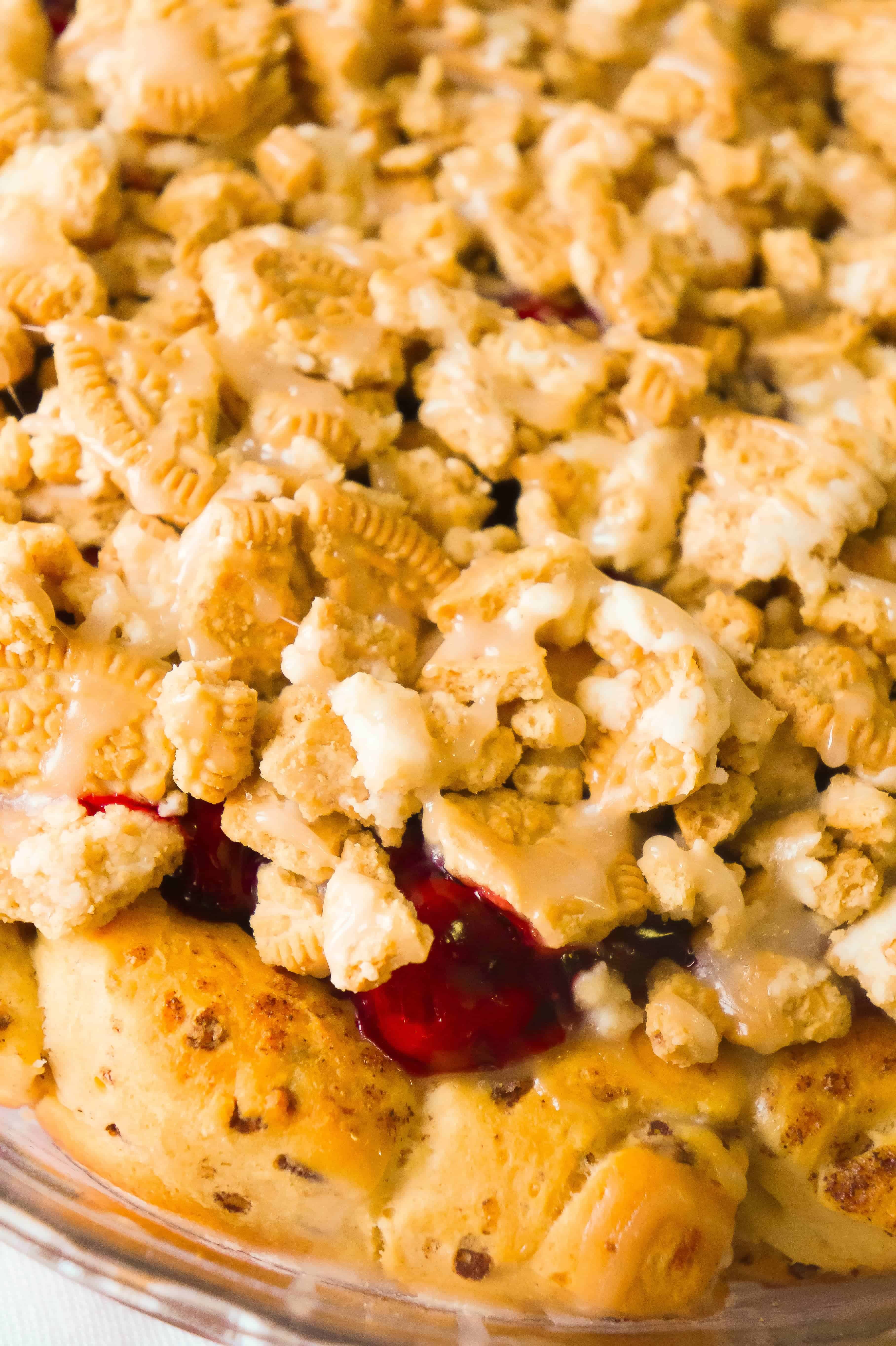 Try this Cinnamon Bun Cherry Pie if you are looking for a fun and easy dessert recipe.

In the awesome pattern of things you actually get a B+ for effort and hard work. Where exactly you actually confused everybody ended up being on your specifics. You know, it is said, the devil is in the details... And that couldn't be much more accurate right here. Having said that, permit me reveal to you exactly what did deliver the results. Your writing is actually incredibly powerful and that is probably the reason why I am making an effort in order to opine. I do not make it a regular habit of doing that. Second, although I can certainly notice a jumps in reason you make, I am not certain of exactly how you appear to connect your points that produce the final result. For now I shall yield to your position but trust in the future you actually link the dots much better.

Spot on with this write-up, I actually think this website wants much more consideration. I’ll probably be once more to read way more, thanks for that info.

When I initially commented I clicked the "Notify me when new comments are added" checkbox and now each time a comment is added I get four e-mails with the same comment. Is there any way you can remove people from that service? Many thanks!

Unquestionably believe that which you stated. Your favorite justification appeared to be on the net the easiest thing to be aware of. I say to you, I definitely get irked while people think about worries that they plainly don't know about. You managed to hit the nail upon the top as well as defined out the whole thing without having side effect , people can take a signal. Will probably be back to get more. Thanks

Hi there, I found your website by way of Google at the same time as looking for a similar topic, your site came up, it appears good. I have bookmarked it in my google bookmarks.