These Red Velvet Parfaits are the perfect dessert for Valentine’s Day or any other time of the year. Red velvet cake is combined with chocolate peanut butter pudding, cool whip and toasted coconut to make this delicious treat.

Today I really wanted to make a nice dessert for after dinner but didn’t feel like driving all the way to the store. 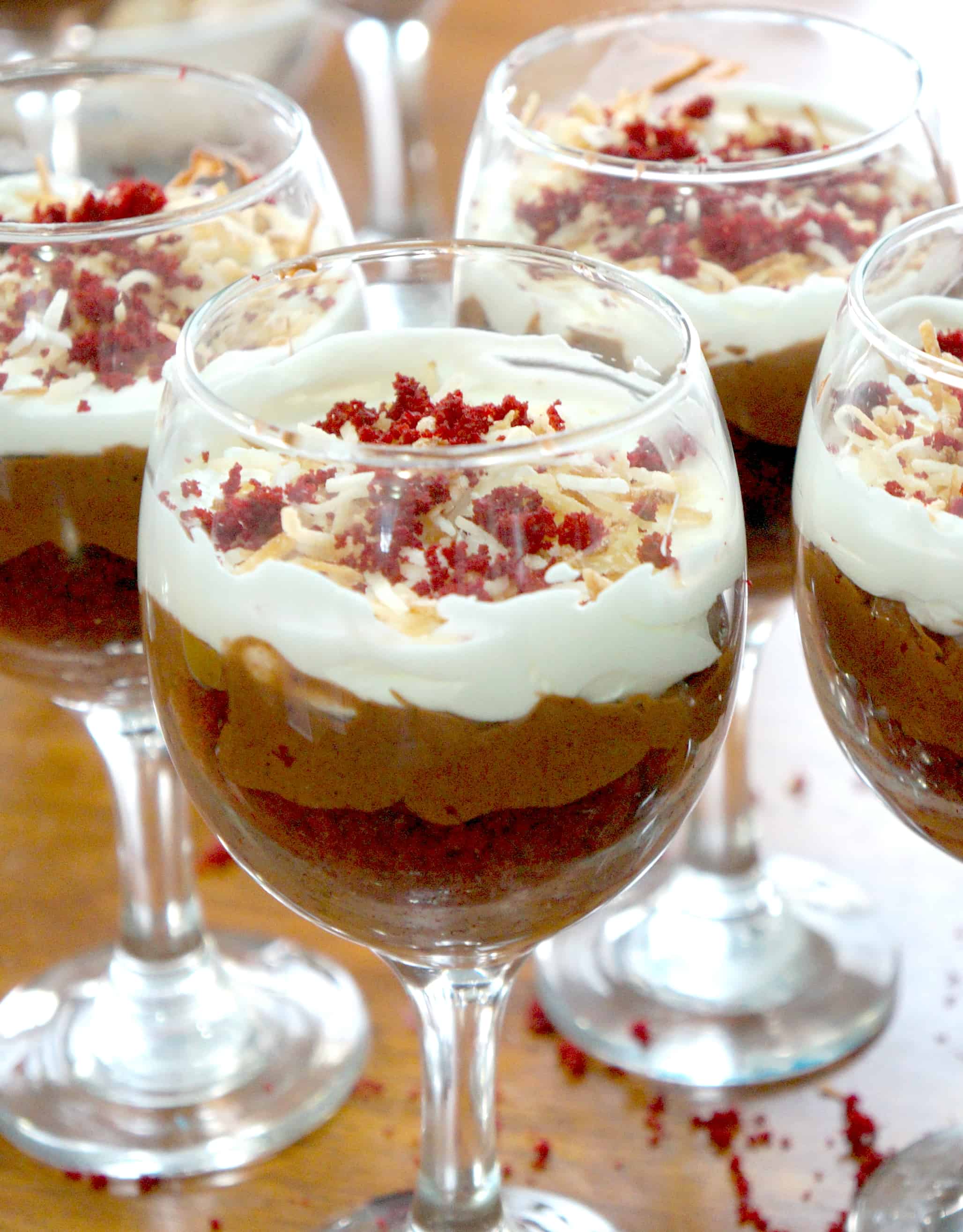 I started digging through my cupboards to see what I could find. I pretty much always have a spare box of cake mix and an instant pudding on hand. This time I had red velvet mix and chocolate pudding. I also had a tub of cool whip in the freezer.

All the ingredients for a prefect parfait. I only used have the cake mix for these parfaits but i cooked the whole thing and froze half to use another time.

While the cake was cooking I spread out the coconut on a foil lined baking sheet and placed it in the oven as well to toast it.

I placed a spoonful of pudding in each of eight 6oz wine glasses.

I broke my cake up with a spoon after baking so that it would cool faster. Once it was cooled I divided the chunks evenly between the wine glasses over the pudding, reserving some crumbs to use as a topping.

I then spooned the remaining pudding over the cake and topped it with cool whip.

To finish off my parfaits I sprinkled the tops with toasted coconut and red velvet cake crumbs. 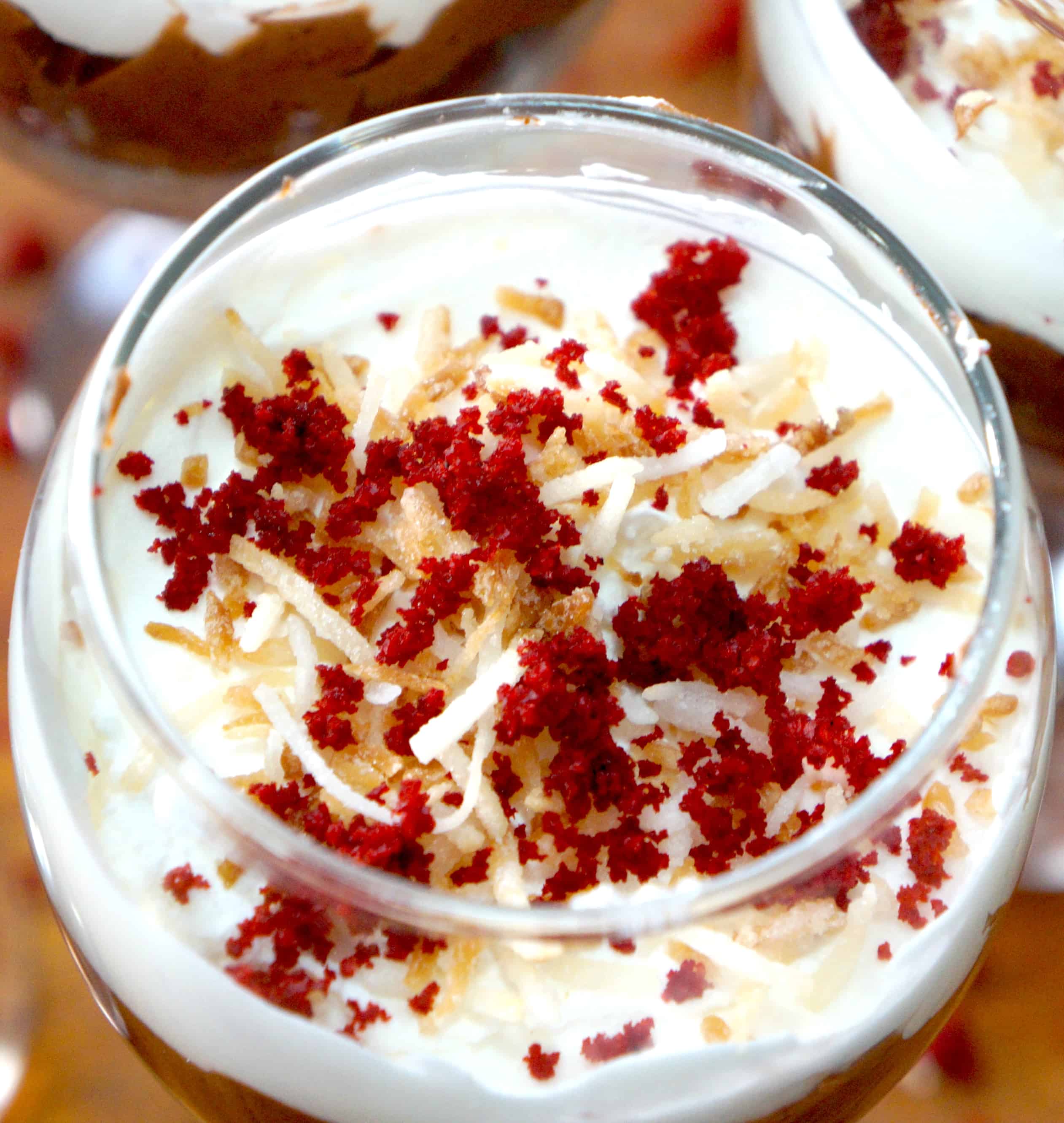 Try these Red Velvet Parfaits next time you are need of some yummy individual desserts.

I love reading through an article that will make people think.

Also, many thanks for allowing for me to comment!