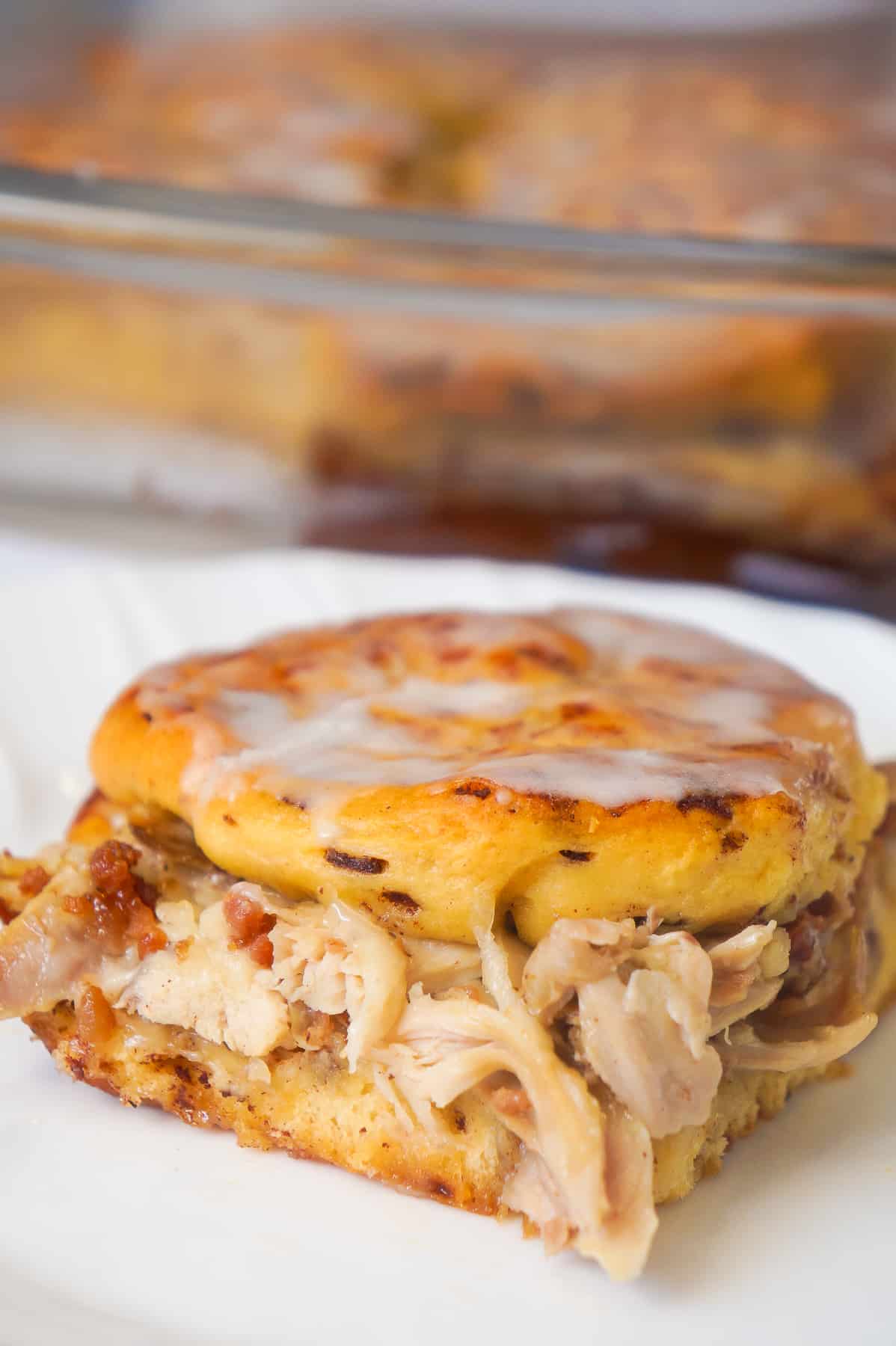 This easy casserole recipe uses rotisserie chicken and Pillsbury Cinnamon Rolls to save on time.

To make this brunch casserole I started by mixing together some shredded rotisserie chicken, real bacon bits, shredded Swiss Cheese and mayo. 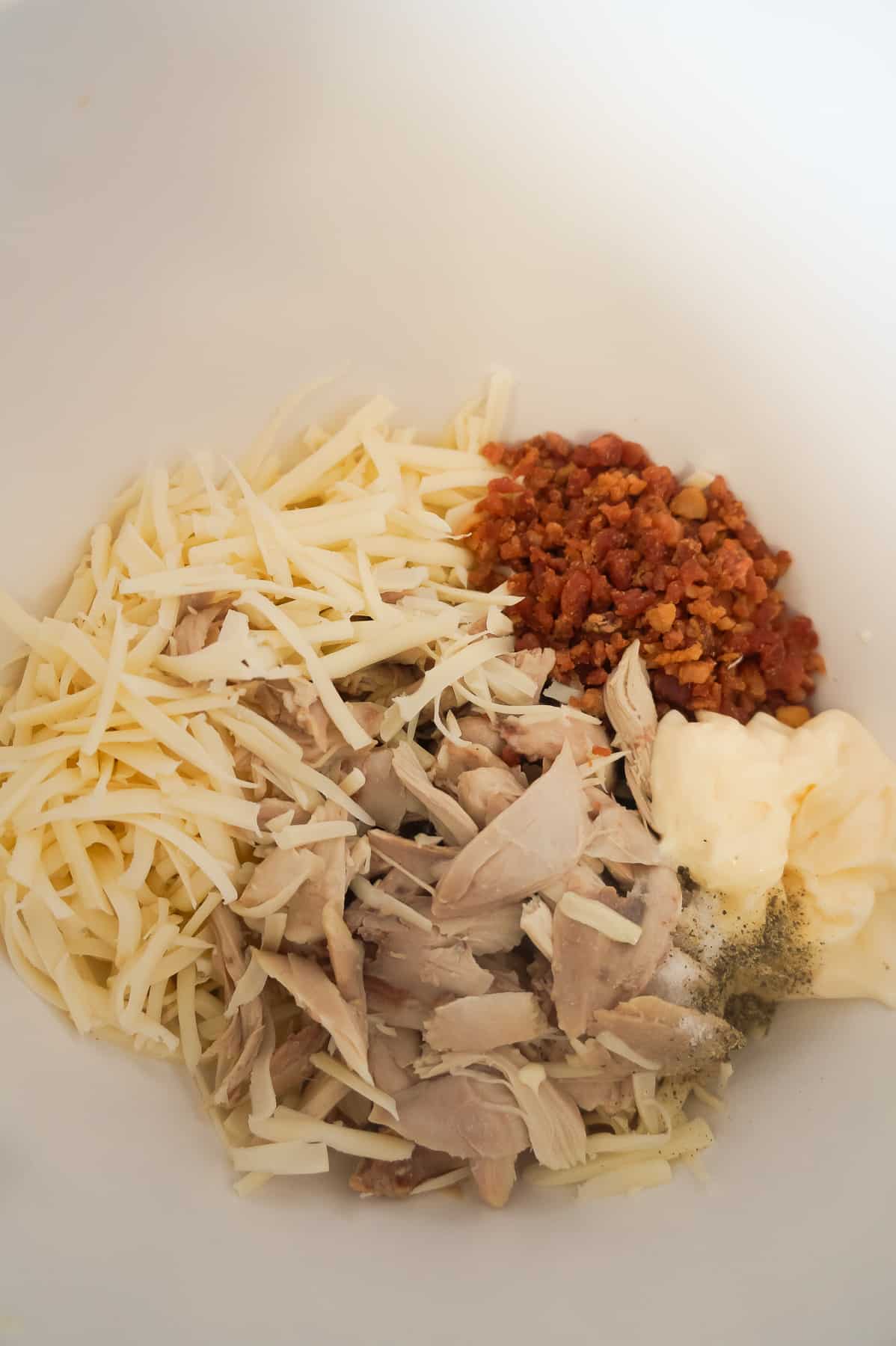 Then I opened one package of eight cinnamon rolls and used my hands to press each roll out until they were very thin.

I placed the eight flattened cinnamon rolls into the bottom of a greased 9 x 13 inch baking dish trying to cover as much of the bottom of the dish as possible. 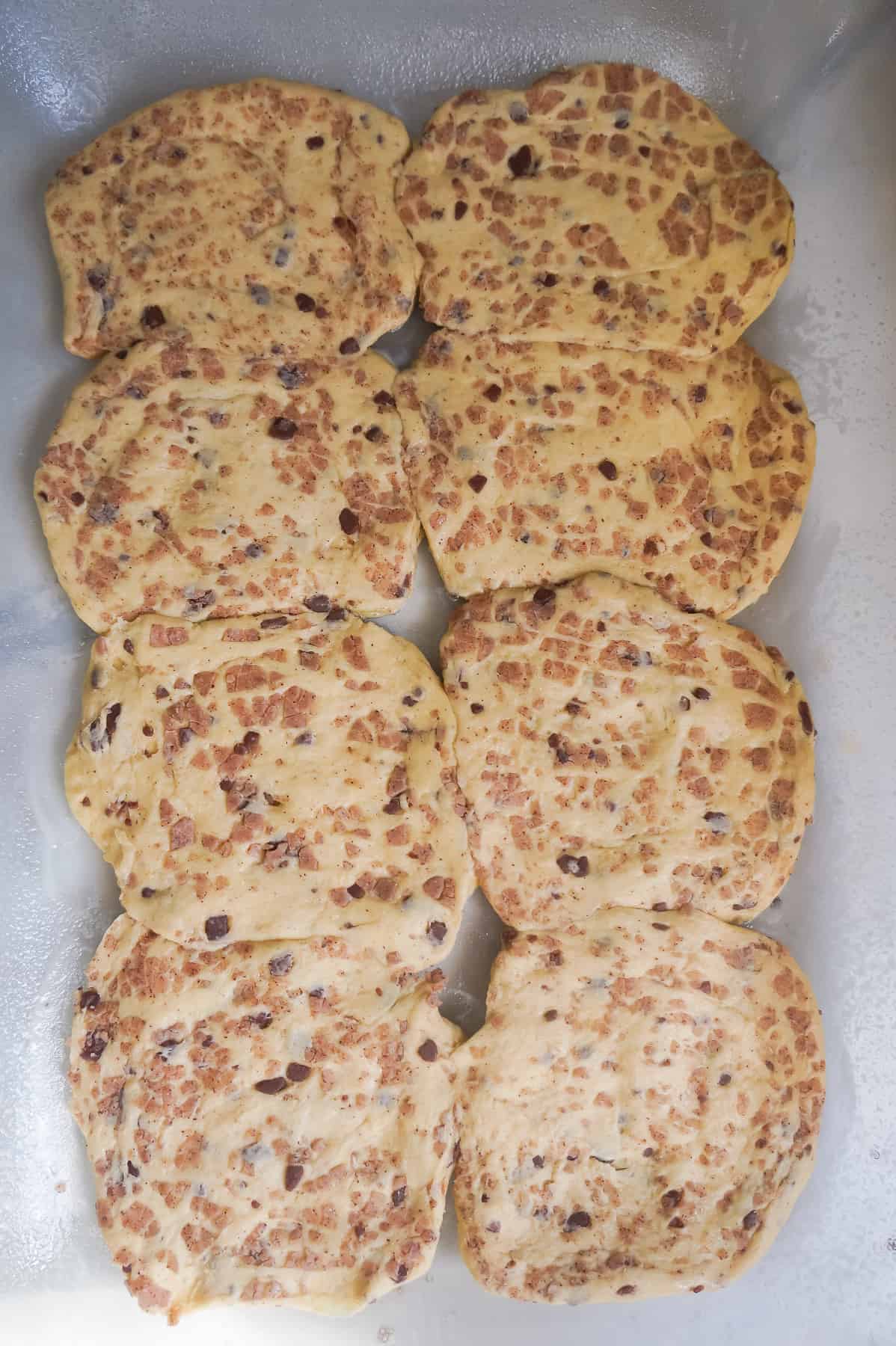 Then I dumped the chicken mixture on top of the cinnamon rolls and spread it out evenly. 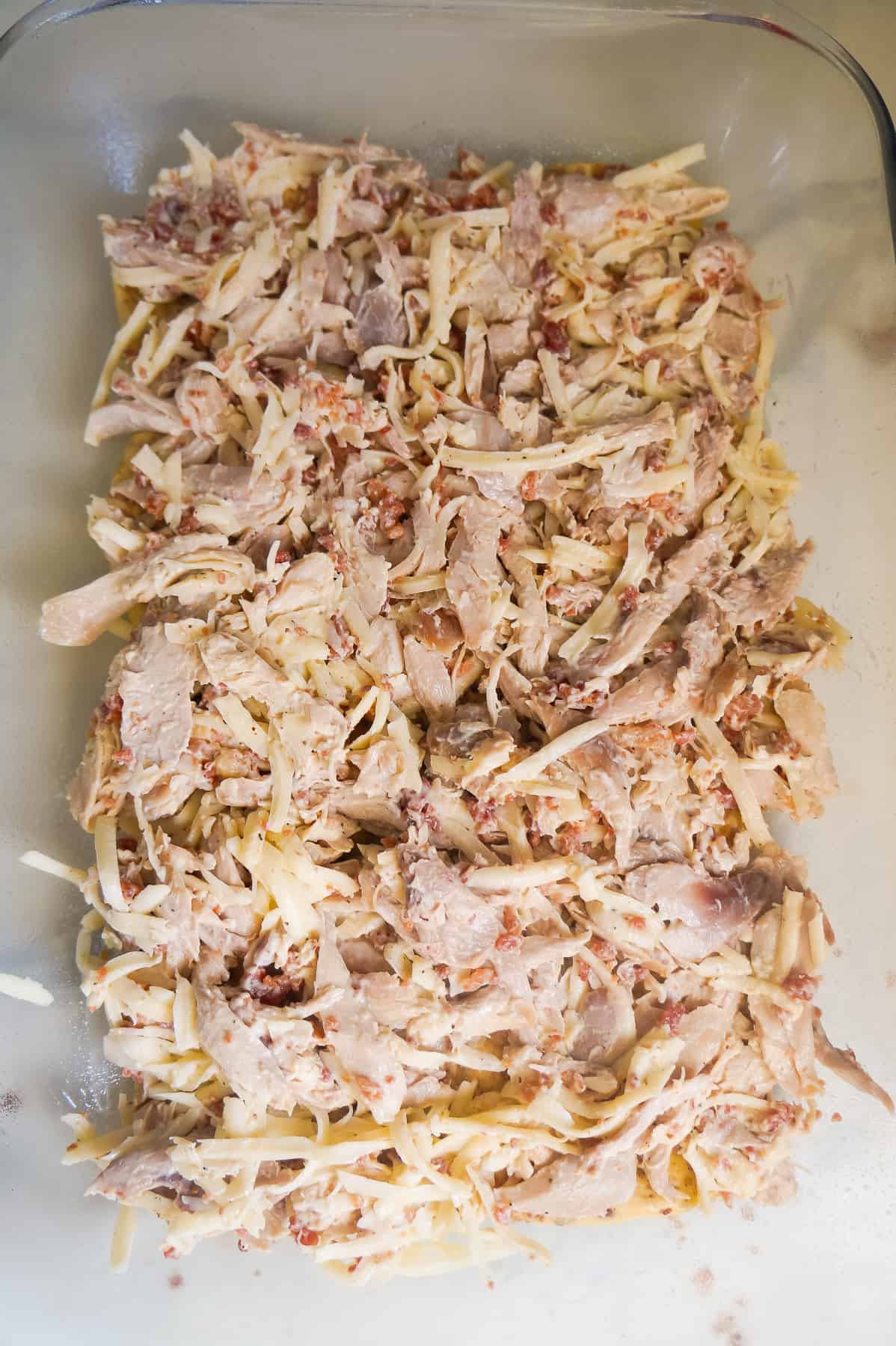 I opened a second package of eight cinnamon rolls and again flattened each roll out with my hands.

Then I placed the flattened rolls over the chicken mixture. 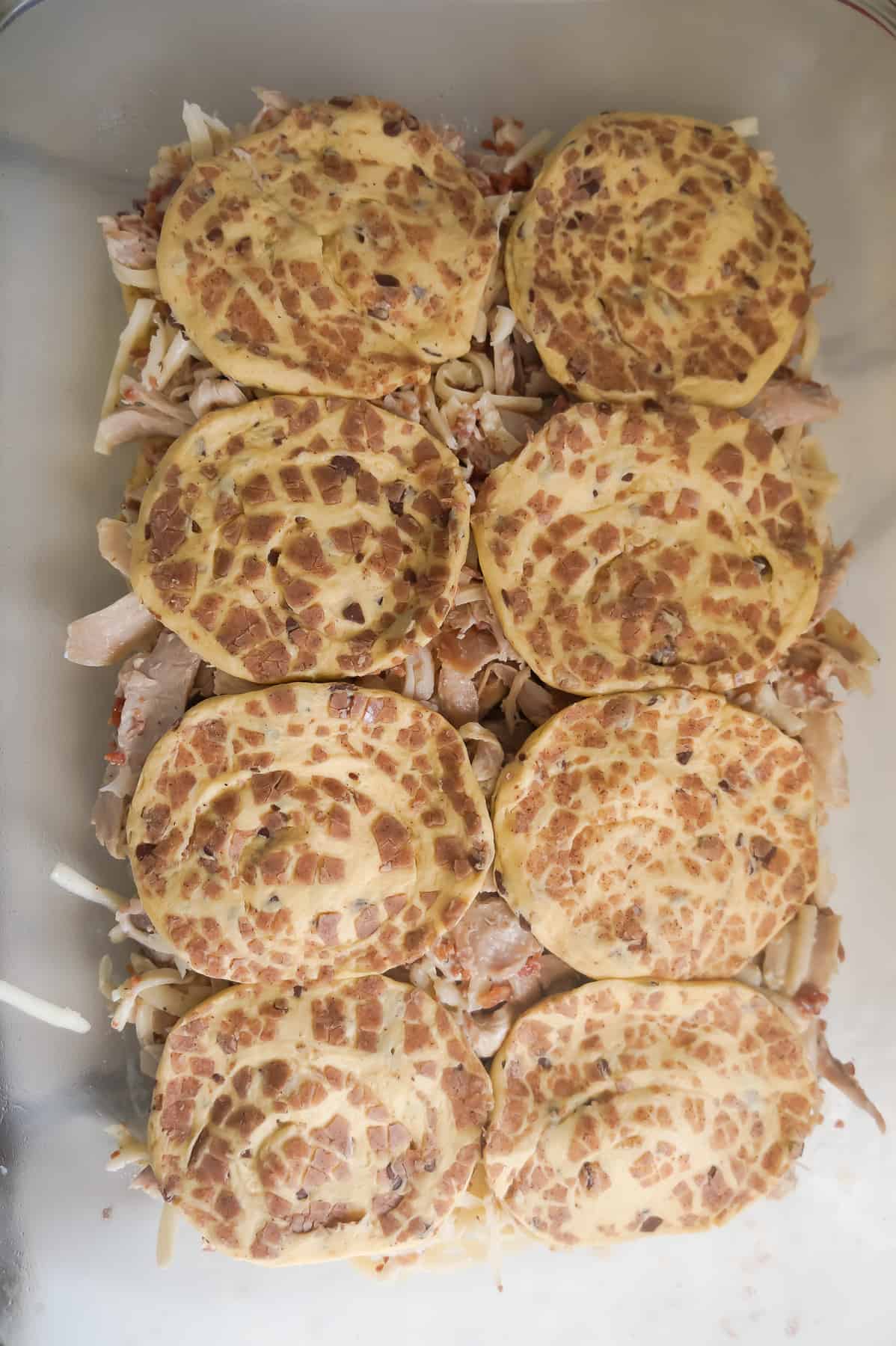 I baked the casserole until the cinnamon buns were nicely browned on top.

Then I removed it from the oven and spread one of the cups of Pillsbury icing on top. 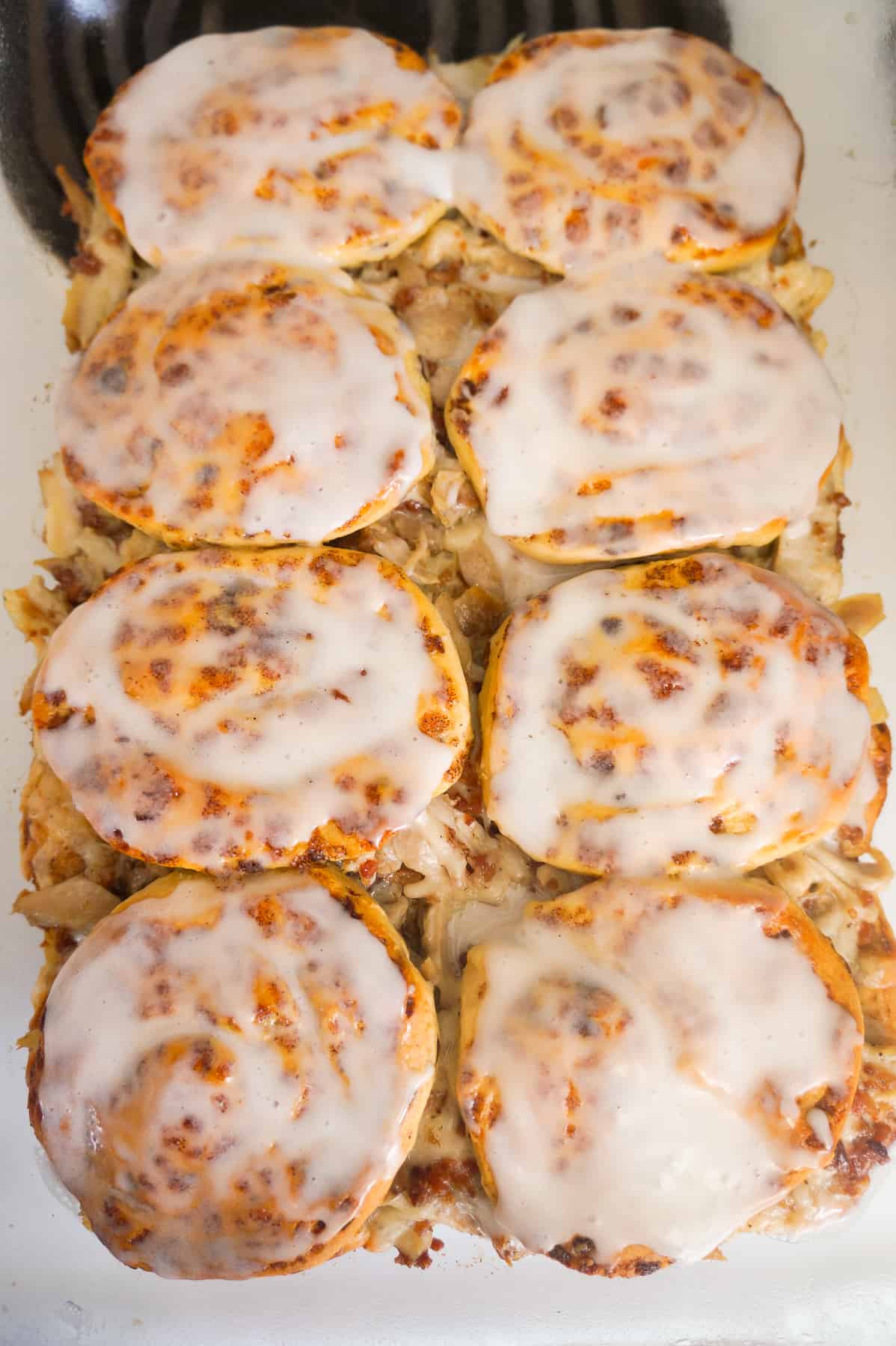 I only used one of the icing cups because using both would make the casserole a bit too sweet.

Once the icing was on, the casserole was ready to slice and serve. 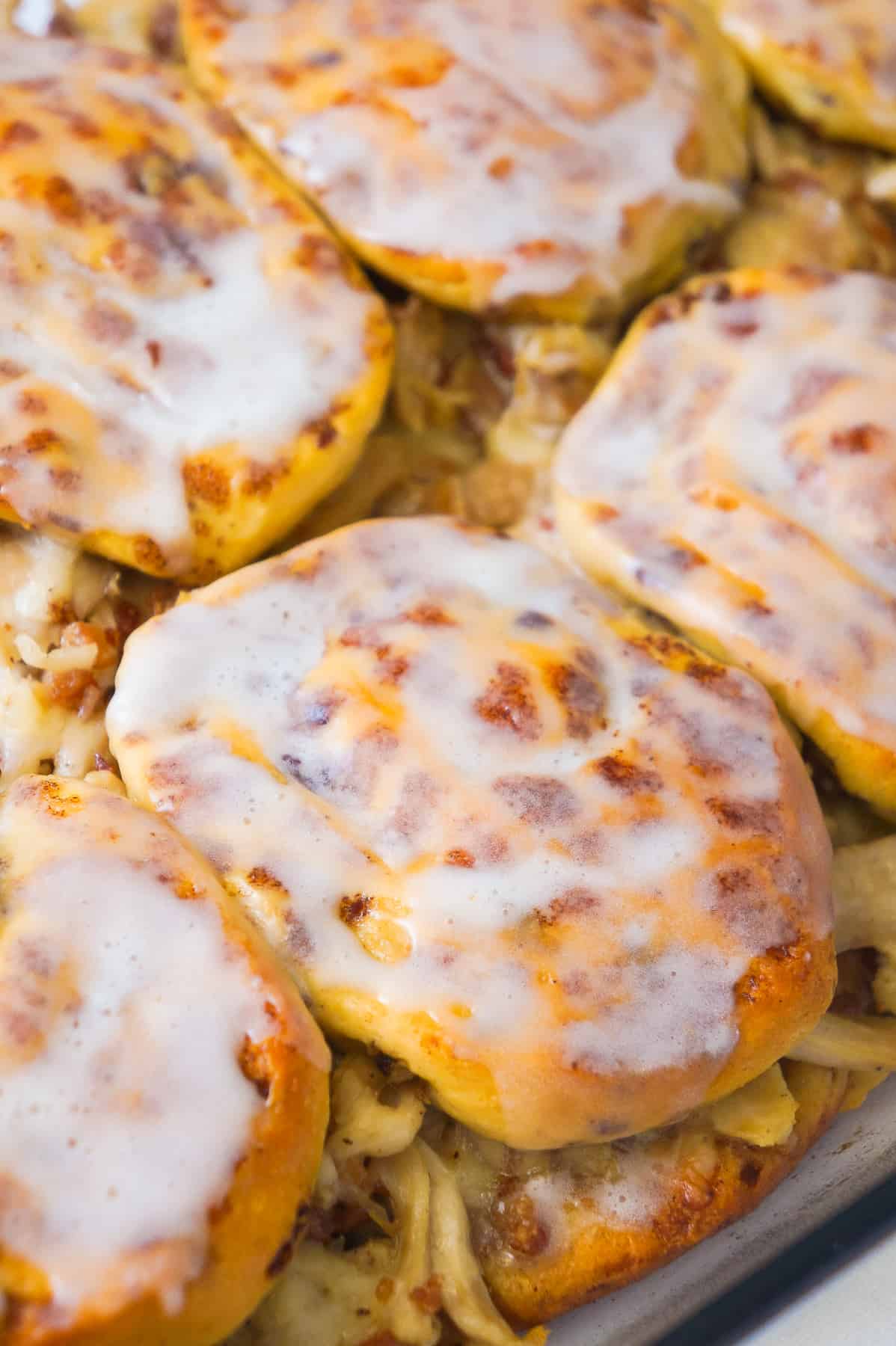 This Chicken Bacon Swiss Breakfast Casserole is just the right combination of savoury and sweet. 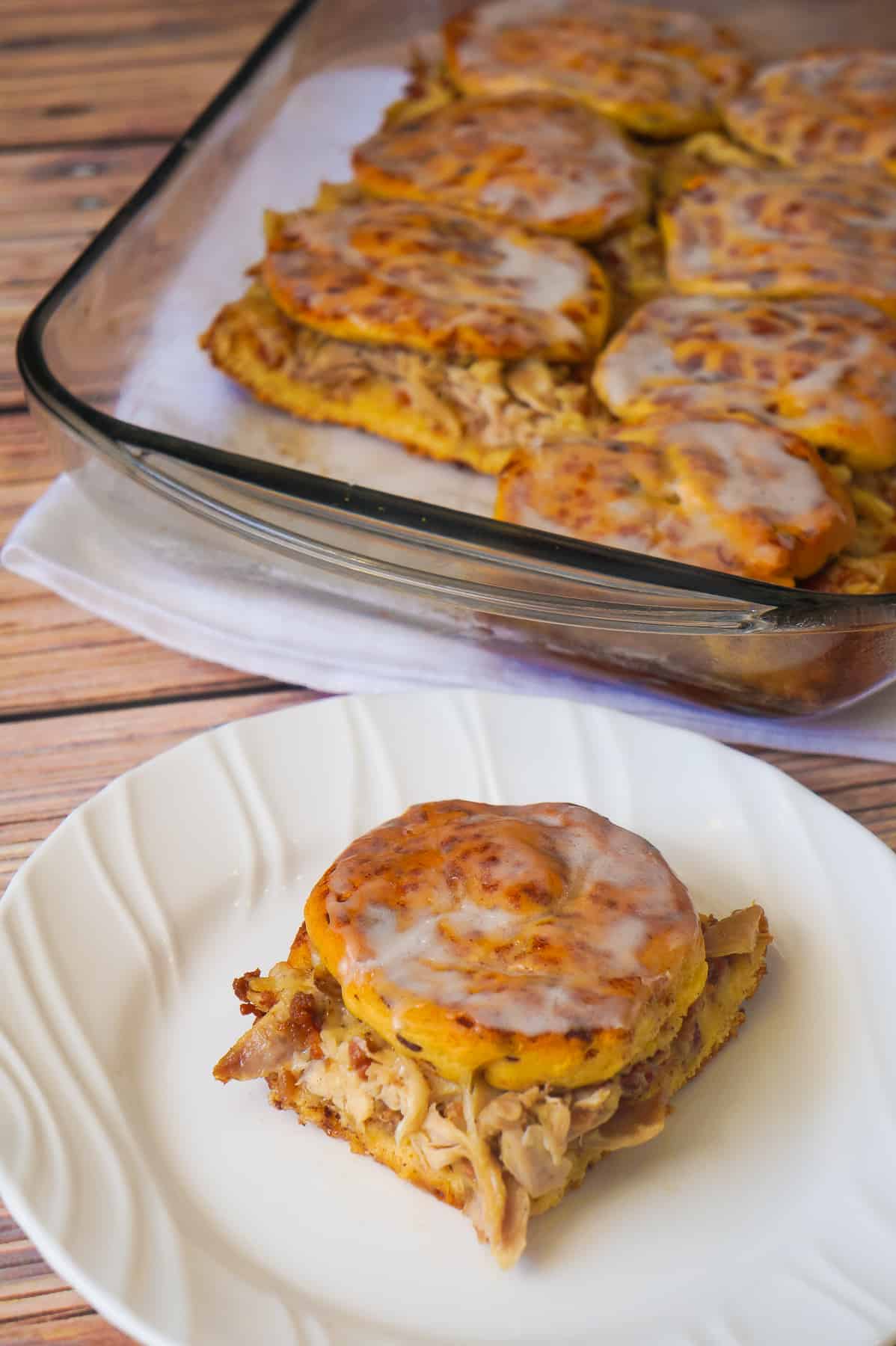 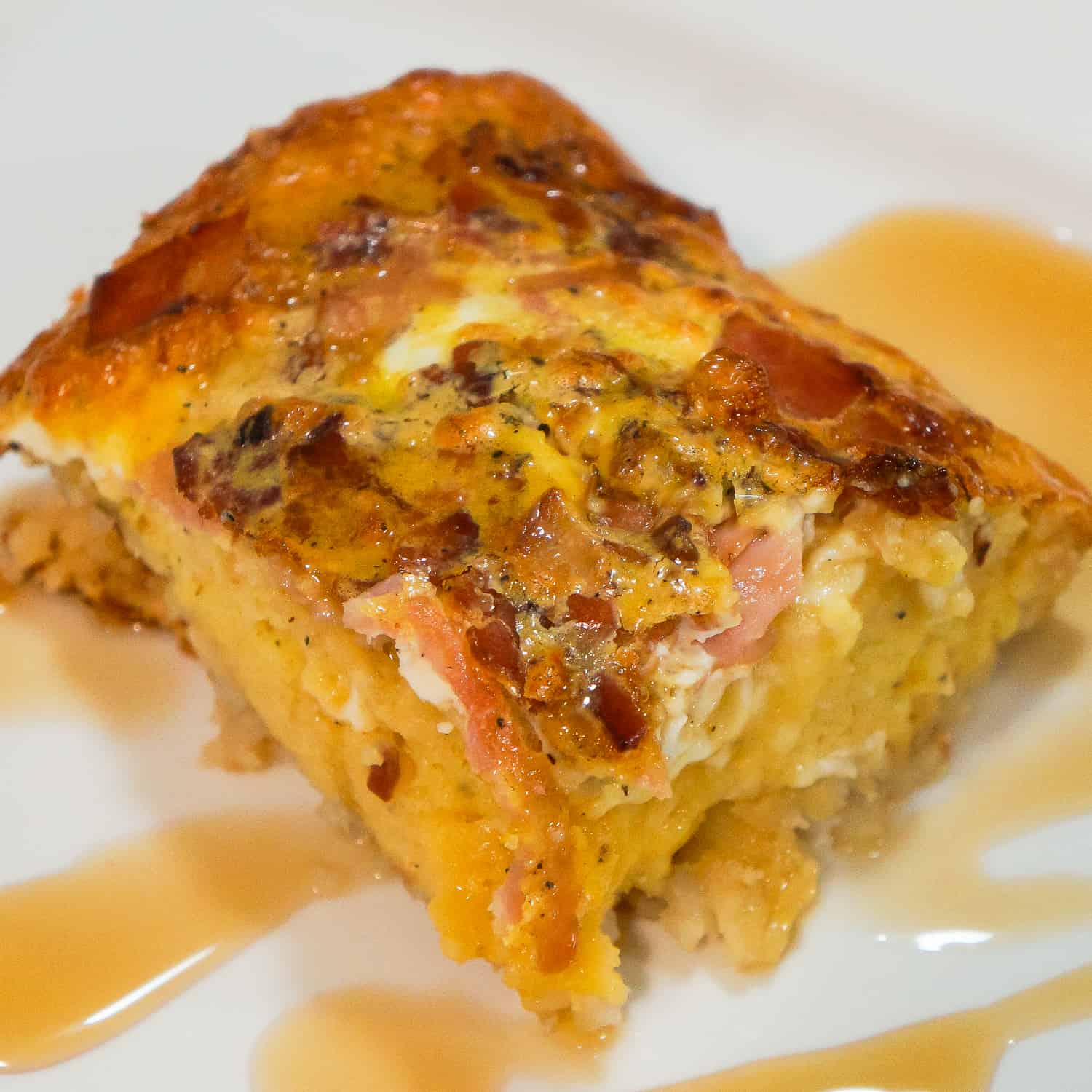 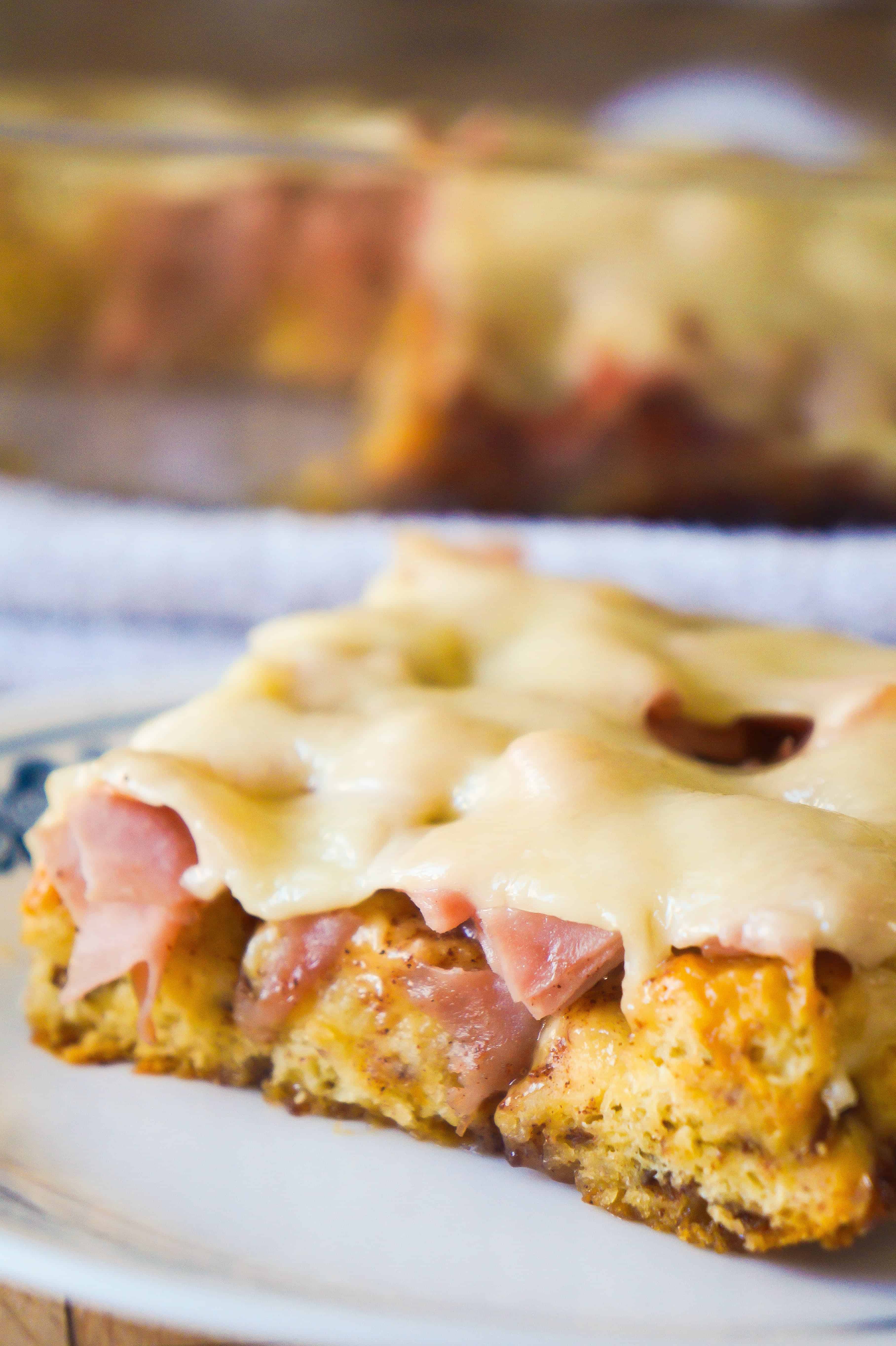 Be sure to also check out this Monte Cristo Breakfast Casserole!