Chocolate Oreo Pie is an easy no bake dessert recipe perfect for when you don’t feel like turning on the oven. 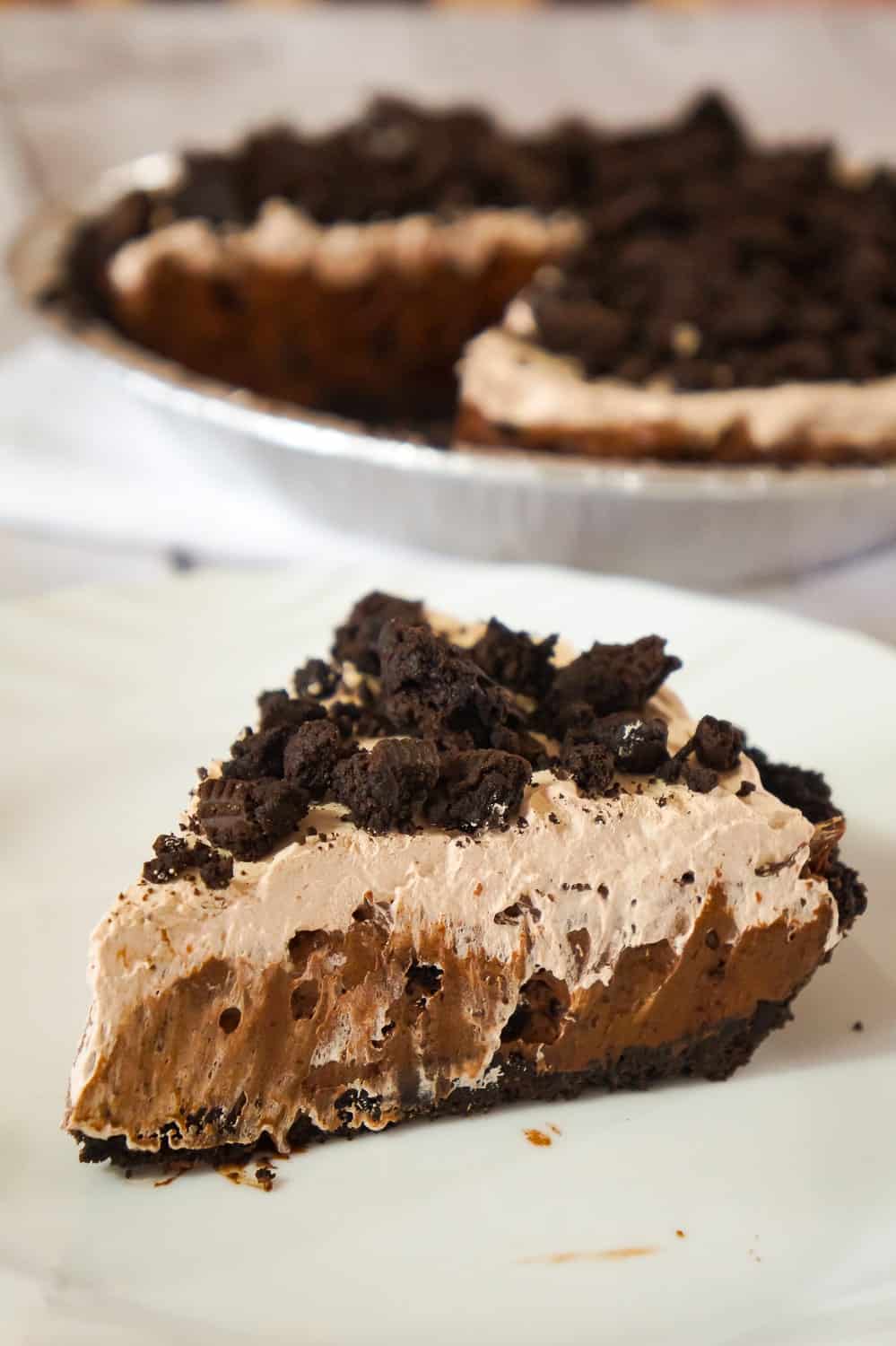 This decadent pie is made with chocolate instant pudding mix and loaded with Dark Chocolate Oreo cookies. 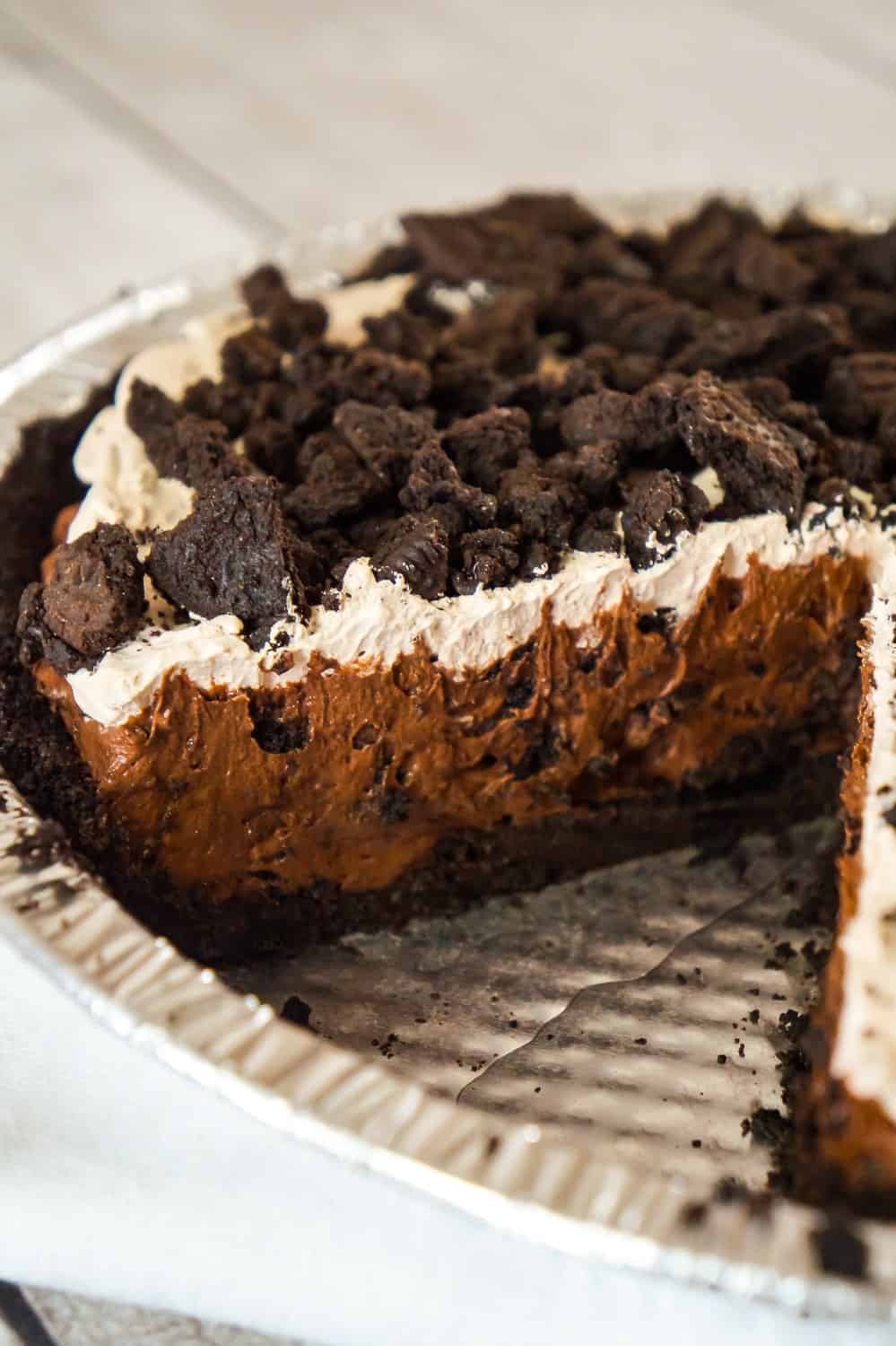 To make this Oreo pie, I started by dumping some instant chocolate pudding mix and cold milk into a large mixing bowl. 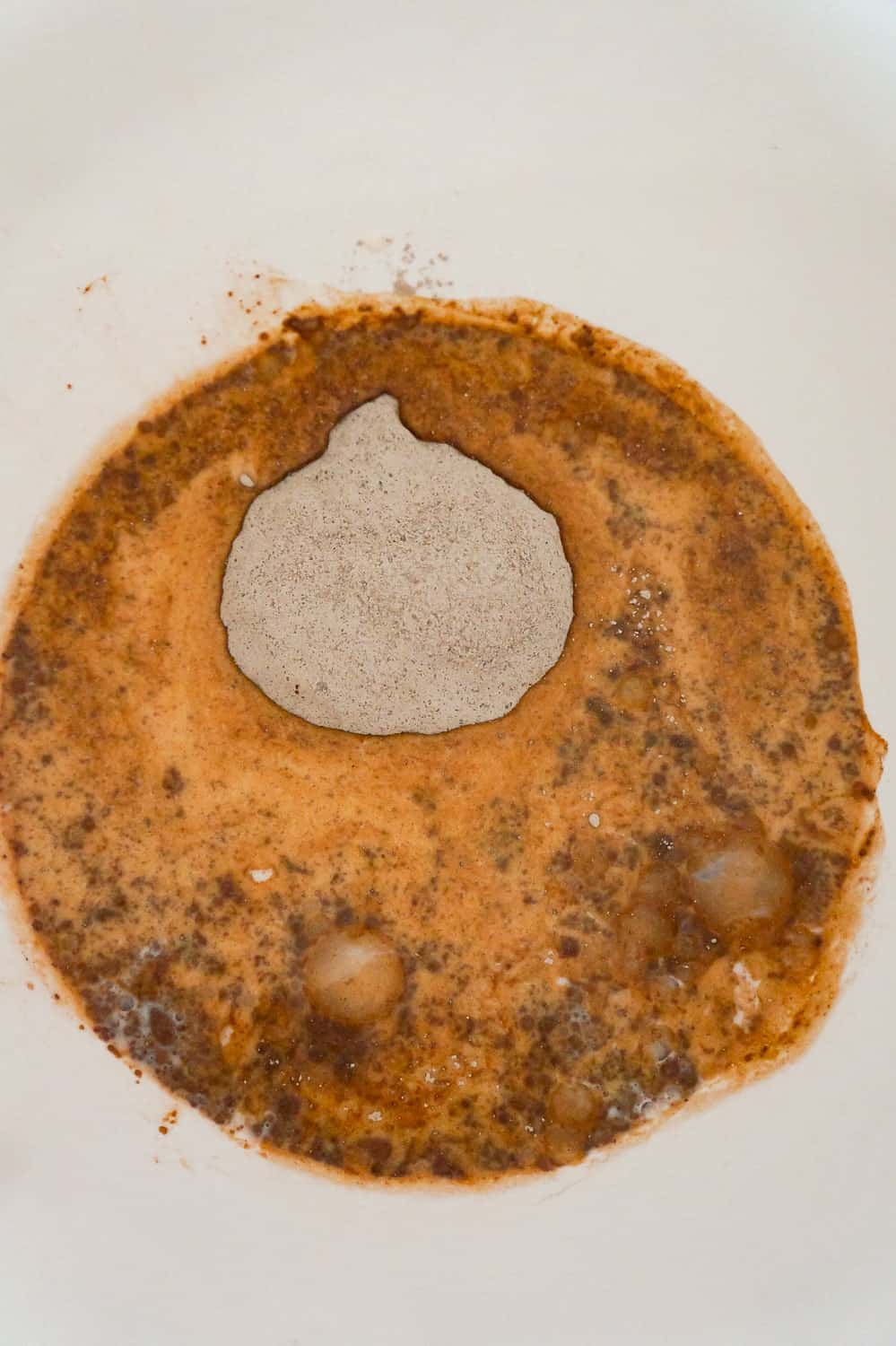 I used an electric mixer to whip the pudding mix and milk together until the mixture thickened.

Then I placed some Dark Chocolate Oreo cookies into a large Ziploc bag and crushed them with a heavy bottomed pot. 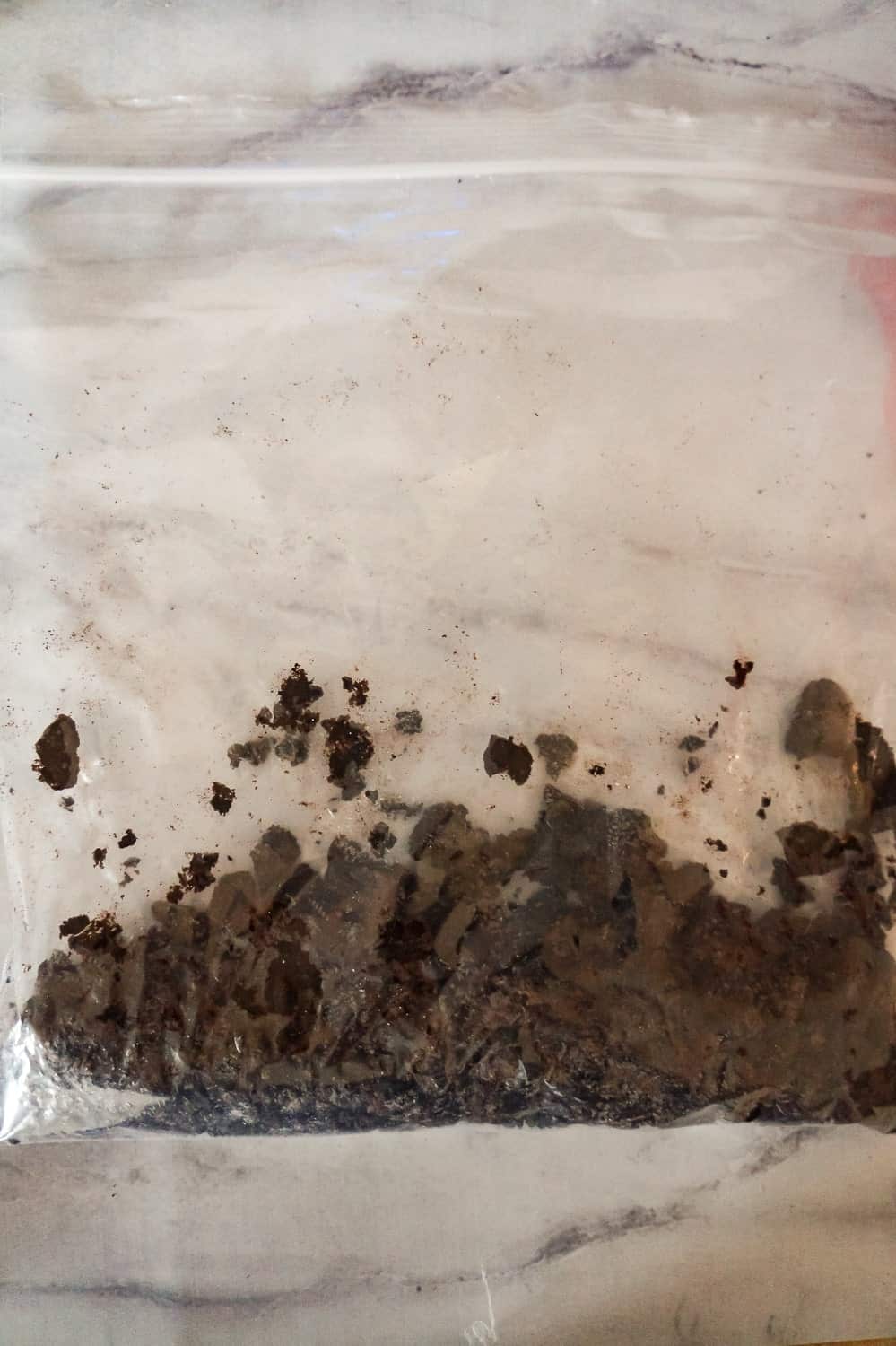 I poured the crushed Oreos into the mixing bowl.

Then I dumped some semi sweet chocolate chips into a microwave safe bowl. 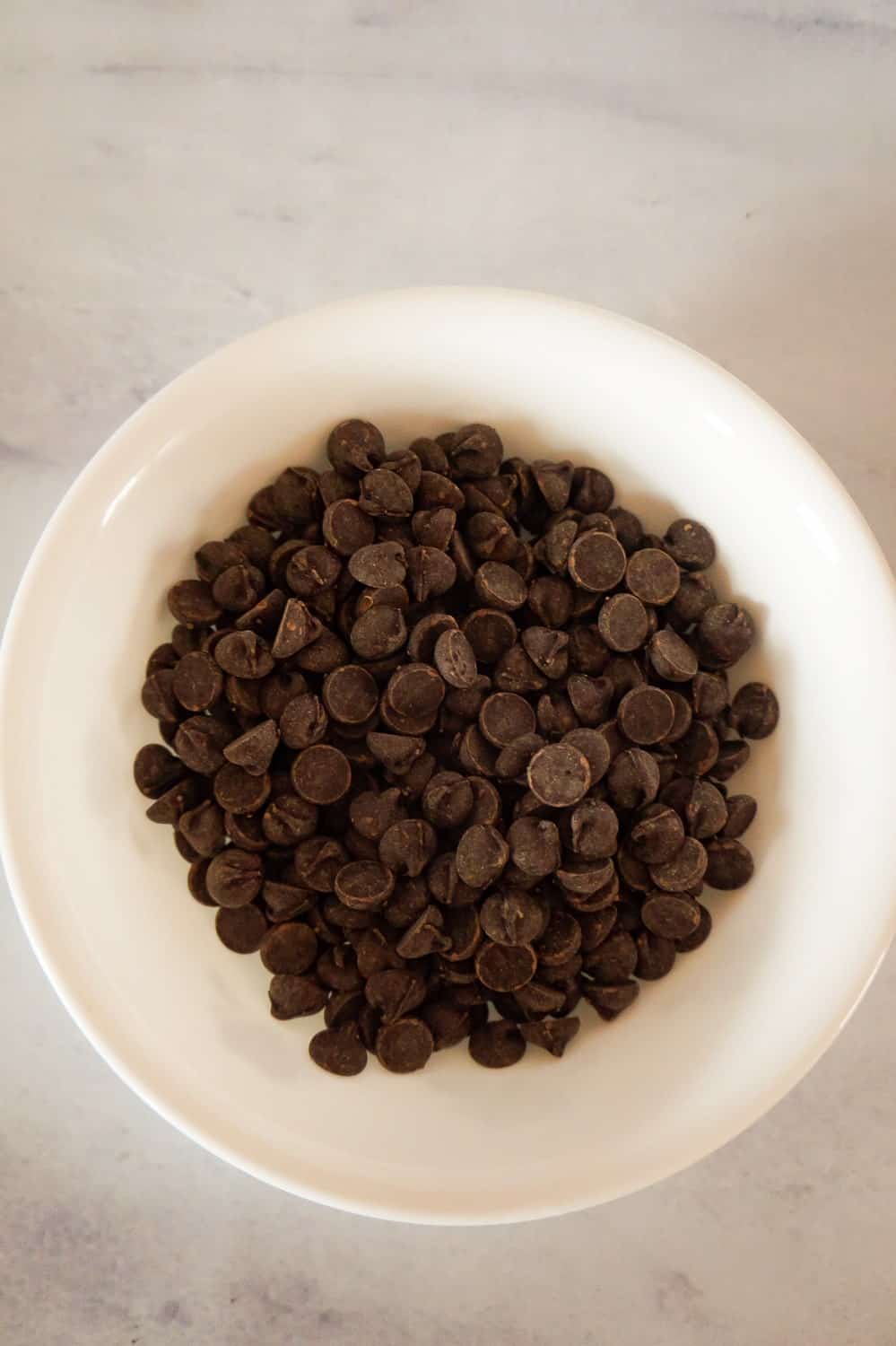 I microwaved the chocolate chips on high for one minute and then stirred them well.

They were not completely melted so I returned them to the microwave for another thirty seconds and stirred them again.

Then I poured the melted chocolate into the mixing bowl with the pudding mixture and crushed Oreos. 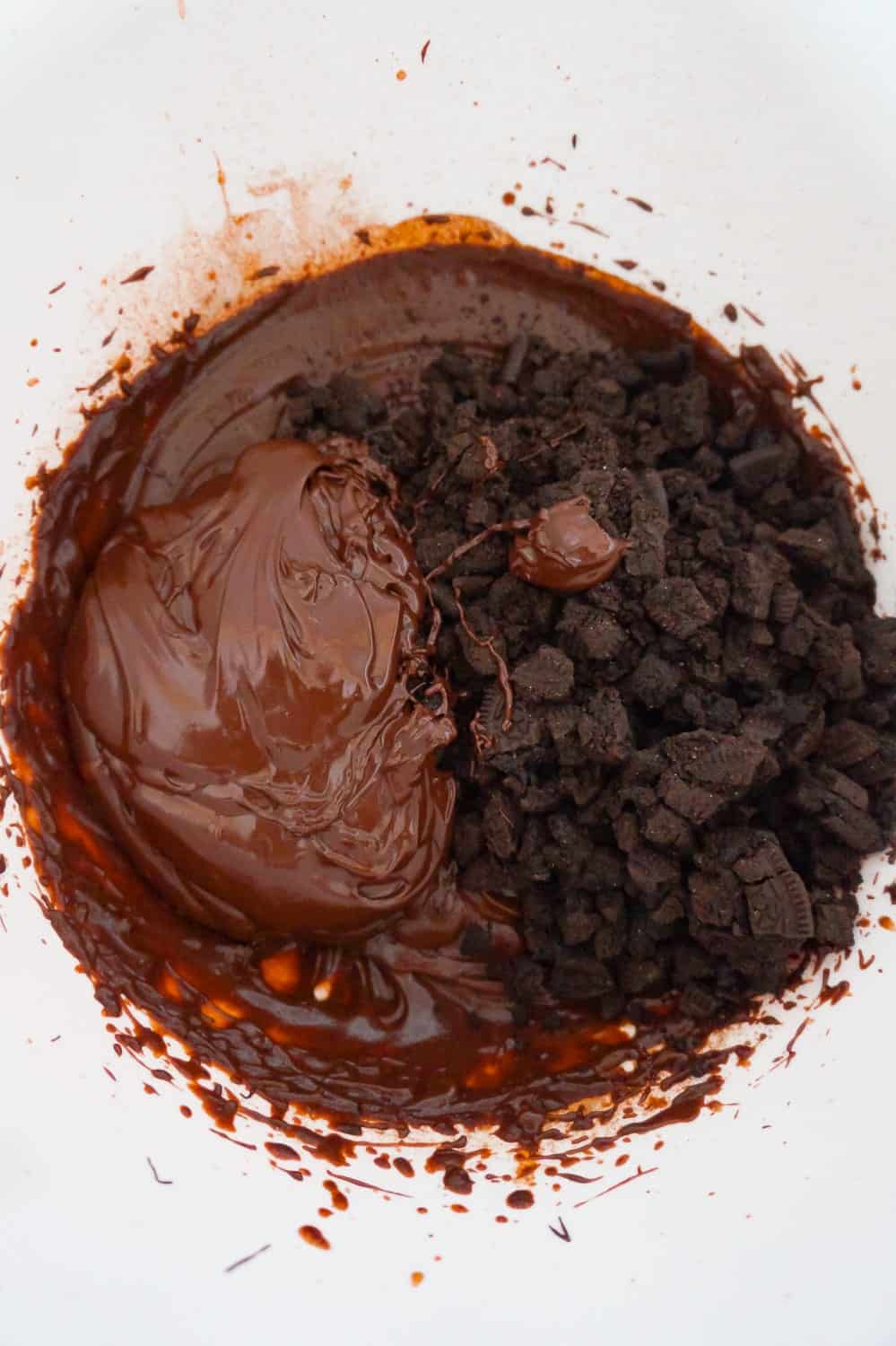 I mixed all the ingredients together with the electric mixer until they were fully combined.

Then I added some Cool Whip to the bowl. 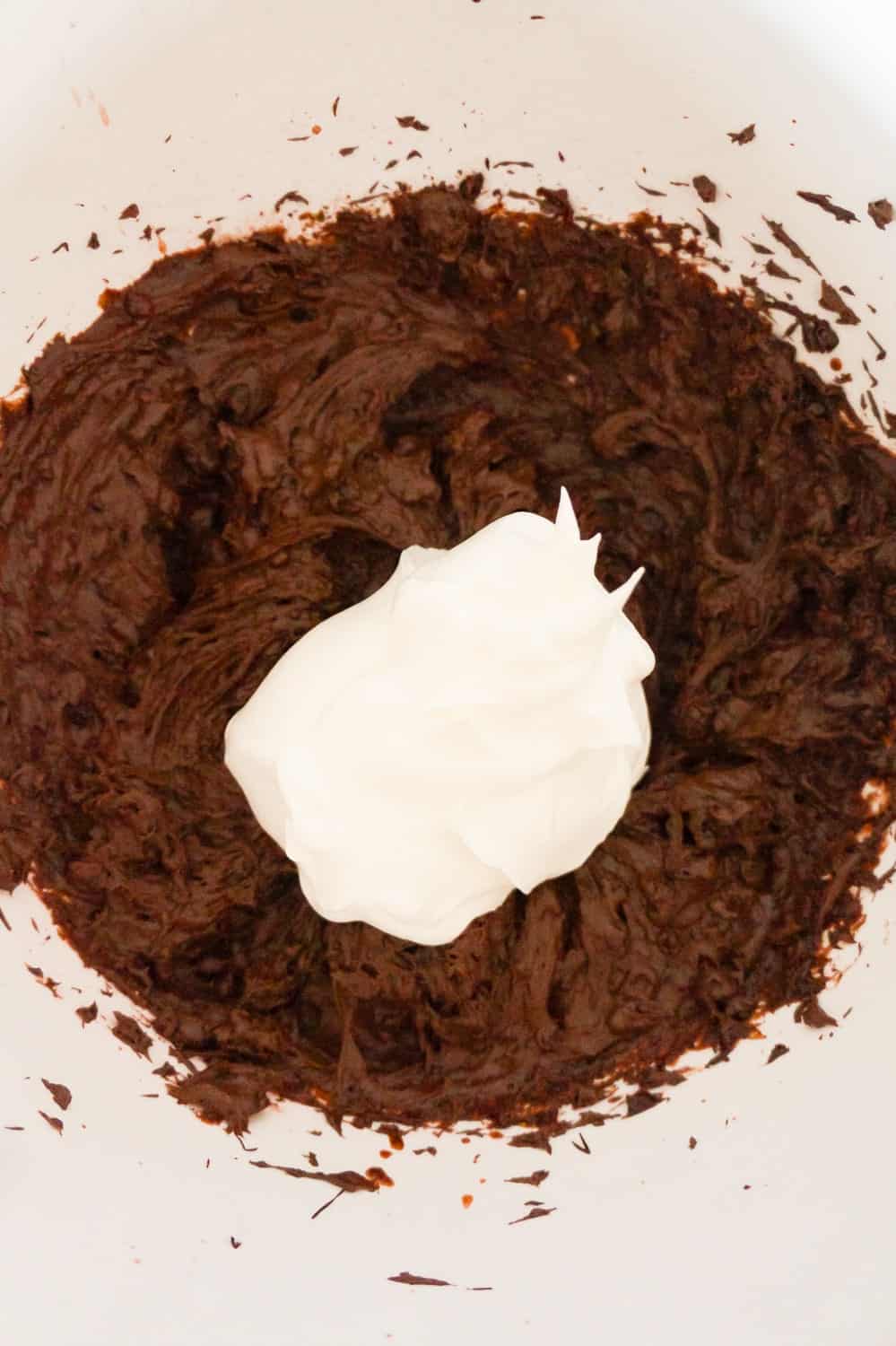 I used a rubber spatula to fold the Cool Whip into the mixture.

Then I dumped the mixture into a store bought Oreo pie crust and spread it out evenly. 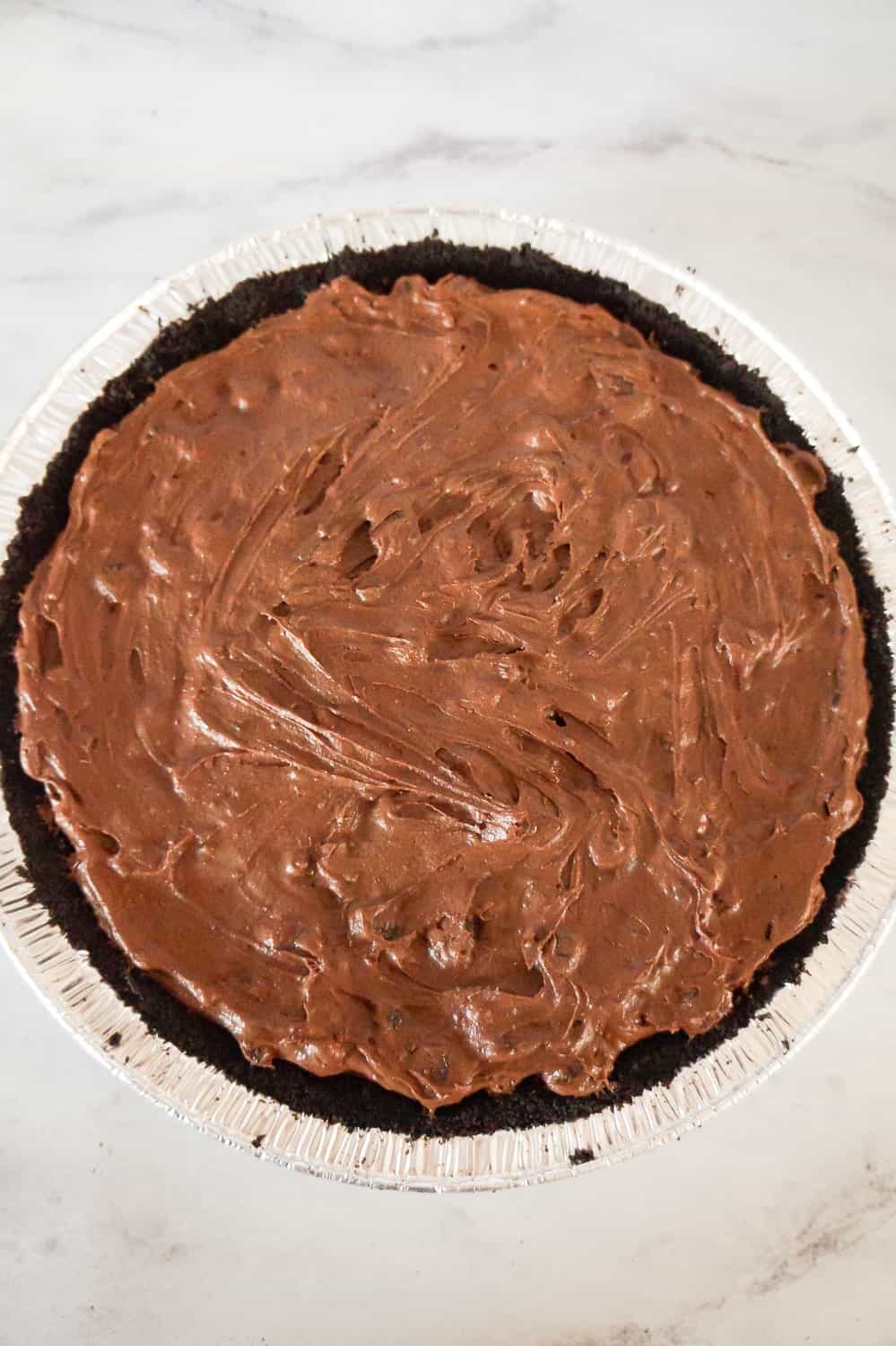 I scooped some more Cool Whip and some cocoa powder into a small mixing bowl and stirred them together until fully combined. 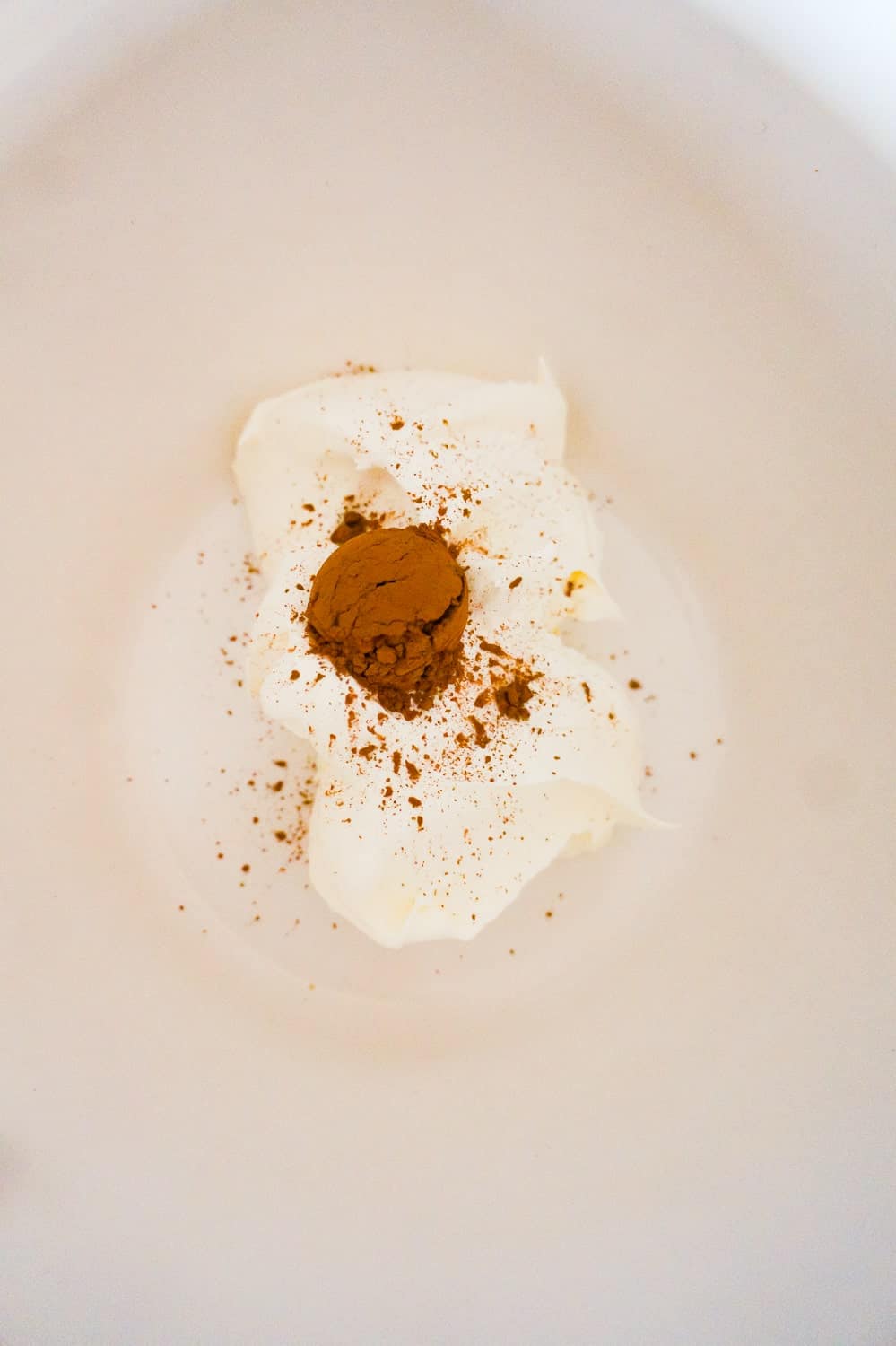 Then I spread the chocolate Cool Whip on top of the pie filling. 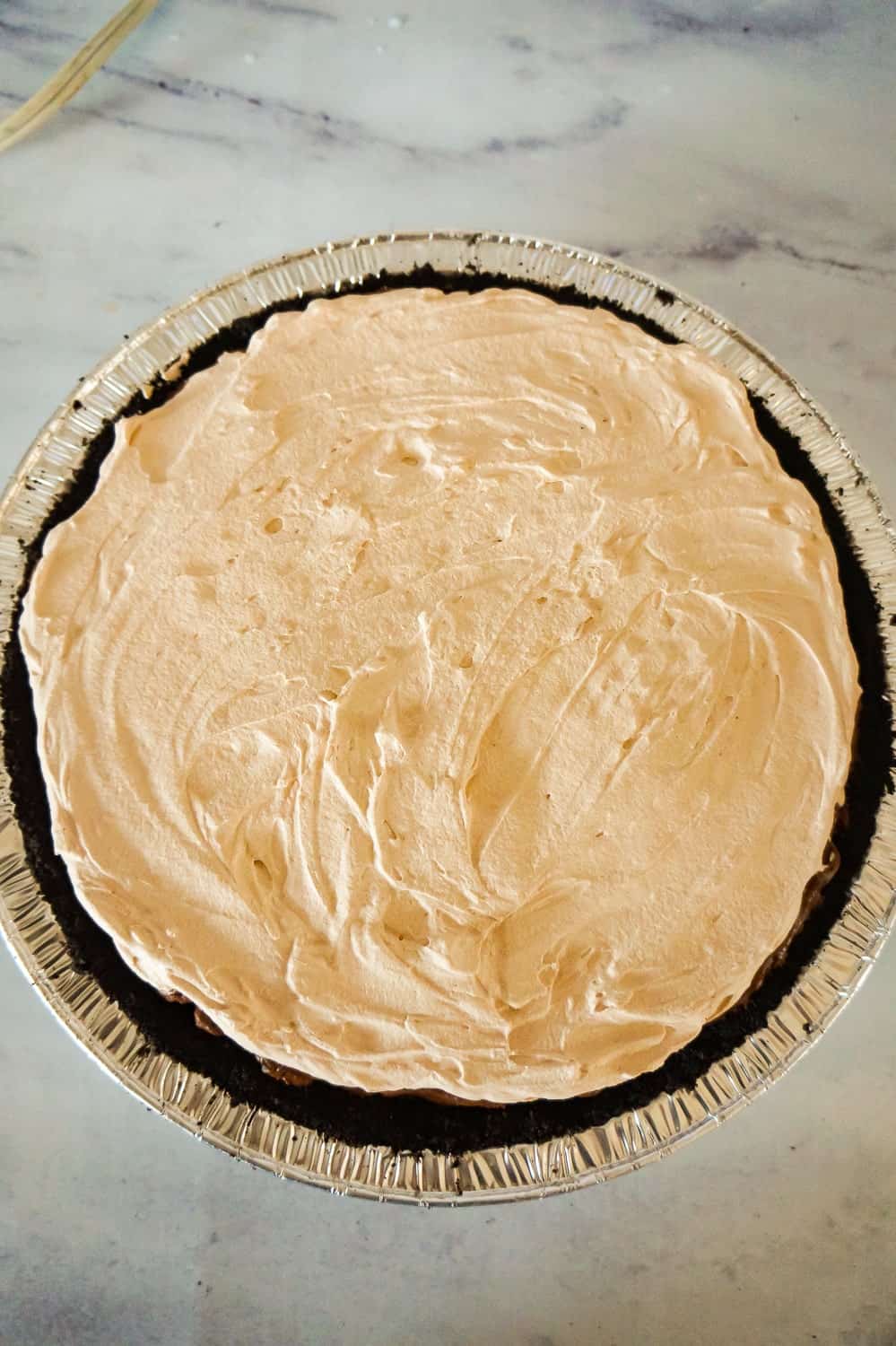 I crushed some more Oreo cookies and sprinkled them on top of the pie. 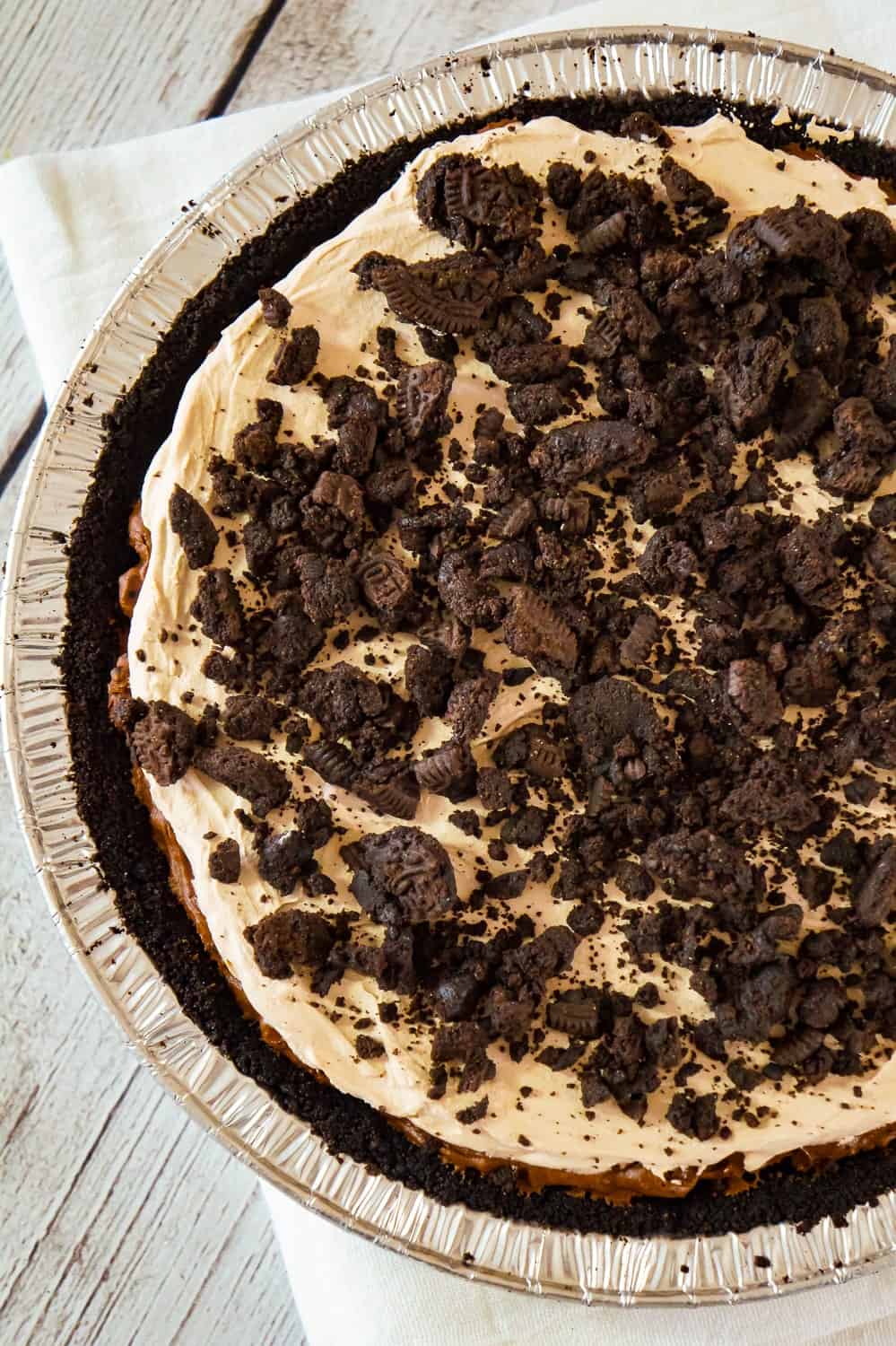 I placed the Oreo pie in the refrigerator and chilled it for two hours to allow it to set before slicing and serving. 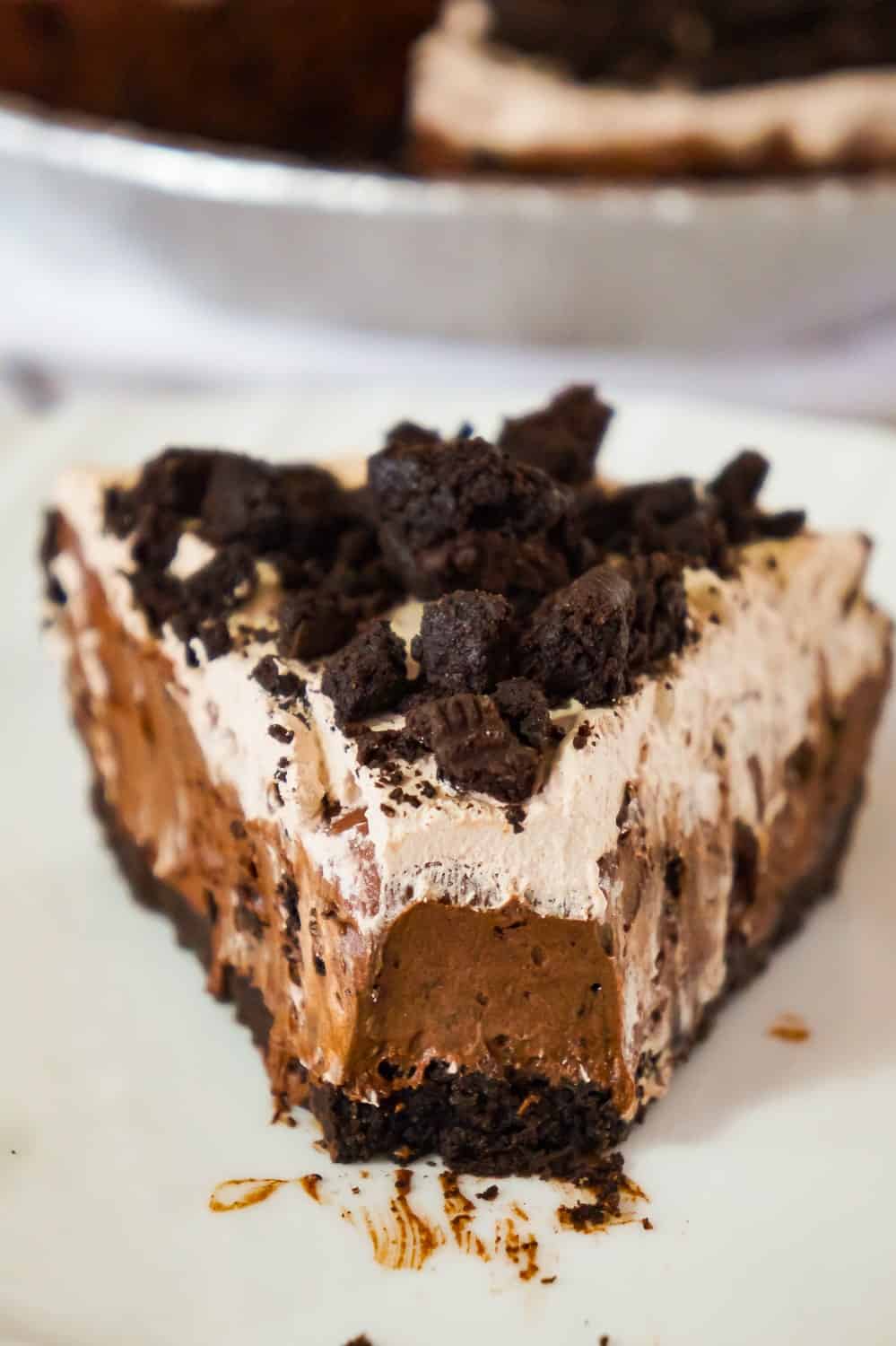 This no bake pie is rich and creamy and packed with chocolatey goodness.

If you are looking for a delicious and easy no bake dessert recipe then you need to try this Chocolate Oreo Pie. 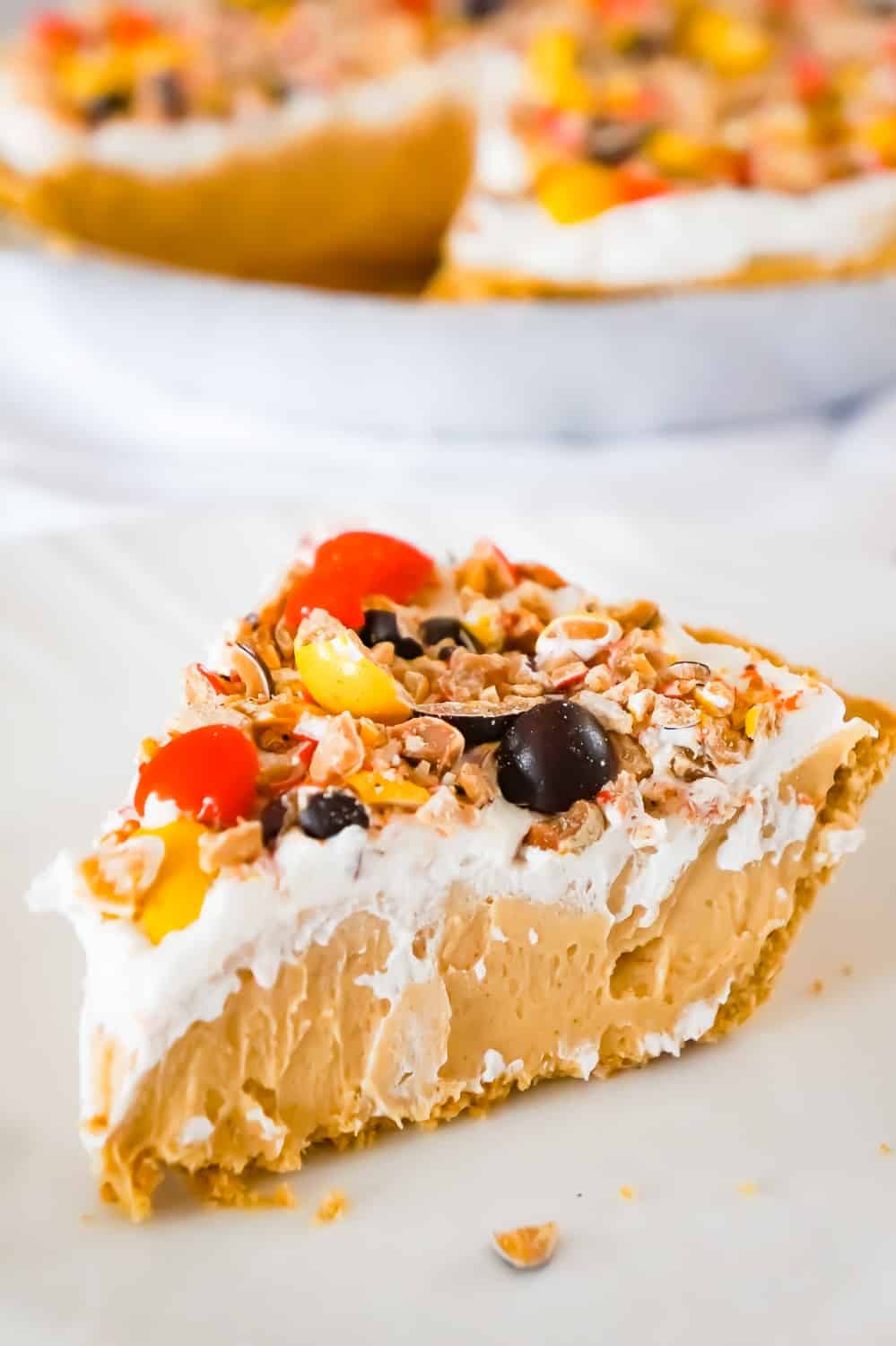 Another delicious no bake pie recipe. Check out this Peanut Butter Pie! 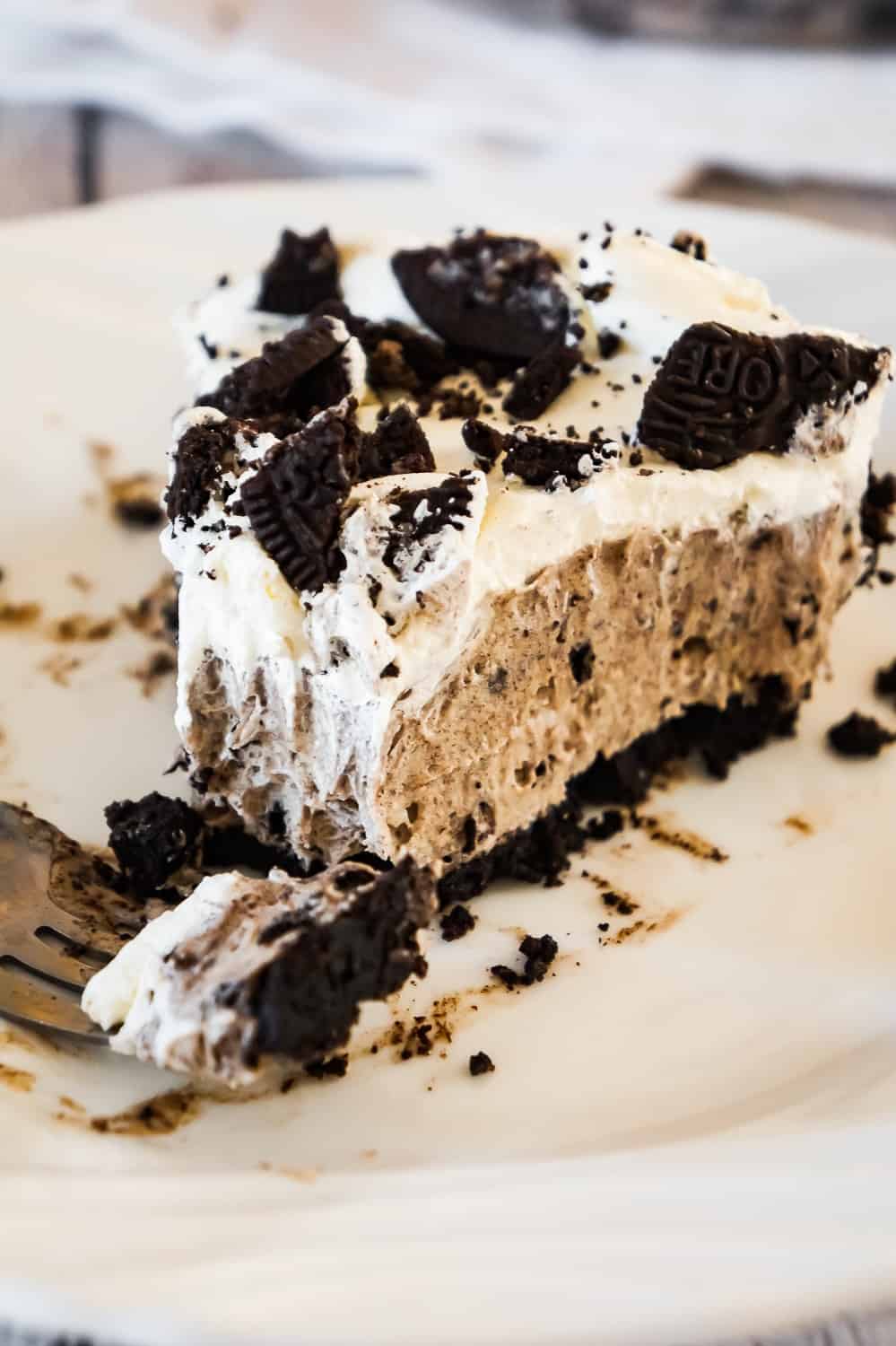 Be sure to also check out this regular Oreo Pie! 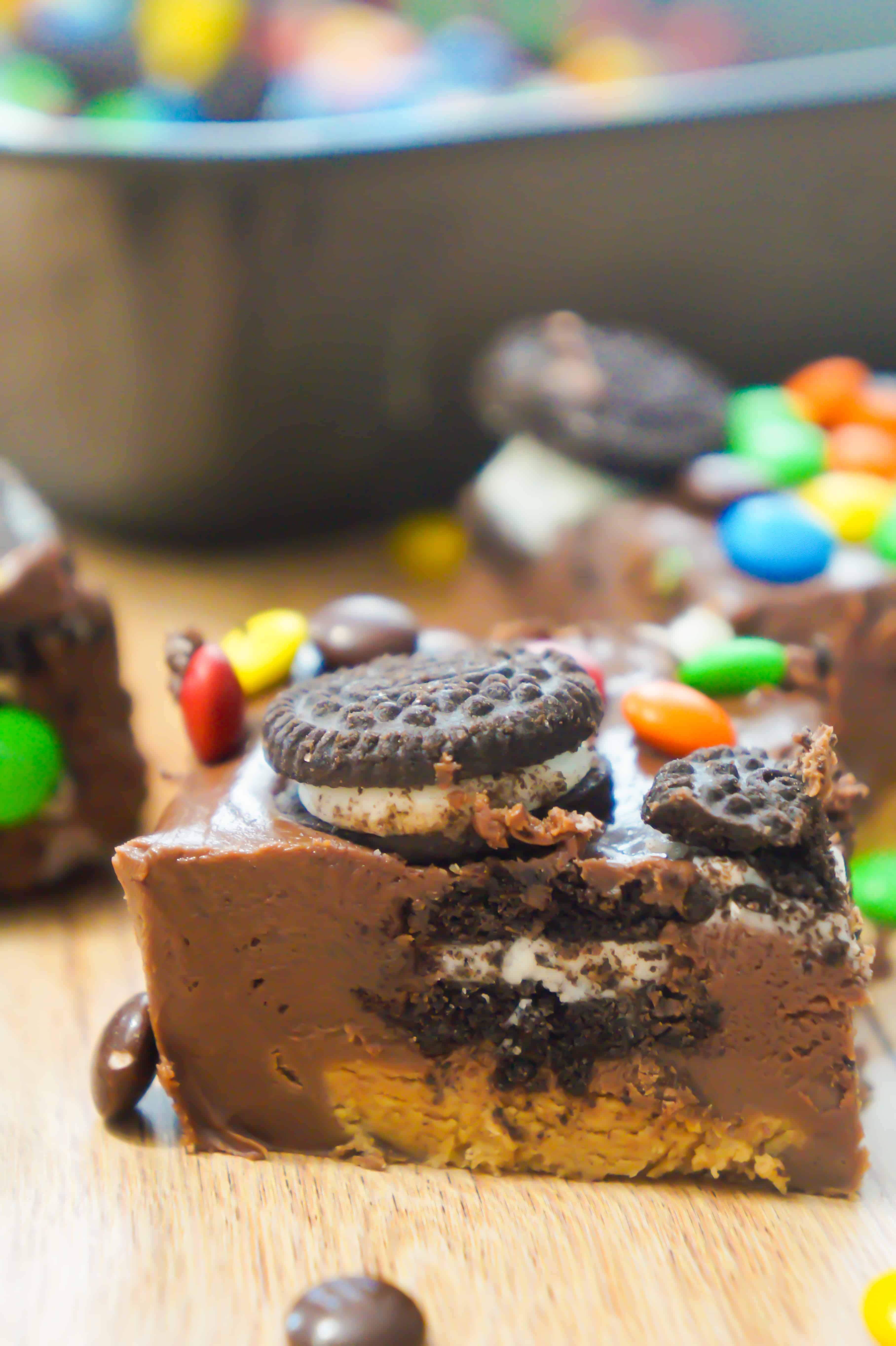 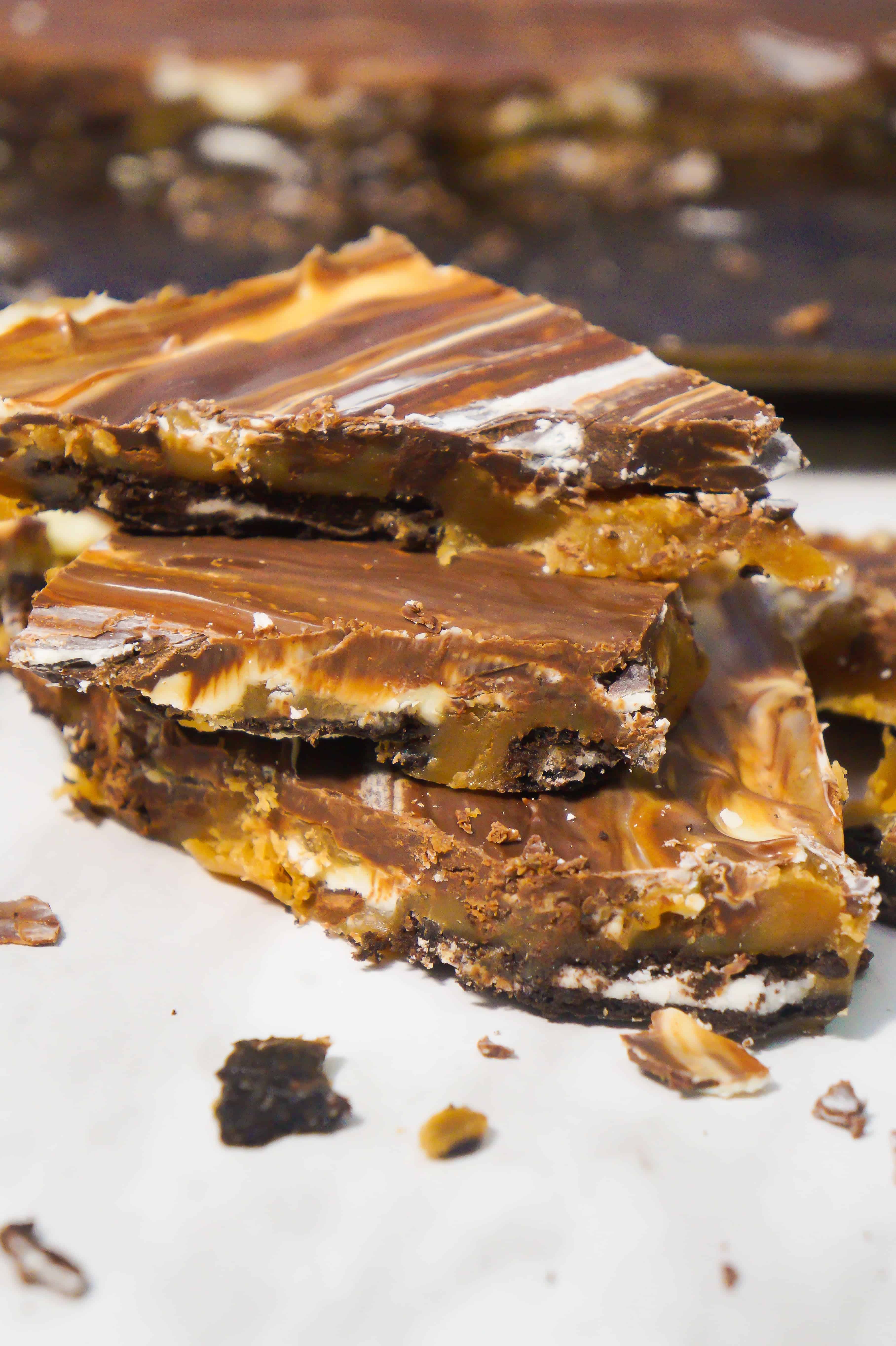 Be sure to also check out these Chocolate Caramel Oreo Bars!

As an Amazon Associate and member of other affiliate programs, I earn from qualifying purchases.

21 Simple and Easy Pudding Mix Dessert Recipes For Every Occasion

https://waterfallmagazine.com/ Thanks for sharing such a nice idea, article is fastidious, thats why i have read it entirely

What a fantastic post! This is so chock full of useful information I can not wait to dig deep and get started utilizing the resources you've given me. Your exuberance is refreshing. Best regards, Lunding Schneider

Excellent read, Positive website, where diyou u come up with the information on this posting? I've read some of the articles on your website now, and I really like your style.